A medical trial in the Netherlands has been halted after an investigation in a large number of newborn baby deaths.

Amsterdam University Medical Centre (UMC) has announced the premature end to a clinical trial after a high number of newborn baby deaths. The trial was testing the use of the pharmaceutical sildenafil in assisting placenta growth.

The drug is known more commonly by the name Viagra and more often associated with assisting with erectile dysfunction by improving blood flow. Since the drug is no longer under patent, scientists have been keen to explore other uses for the drug.

Drug usually used for erectile dysfunction given to pregnant women

Sildenafil or Viagra helps to relax smooth muscles like the ones around certain blood vessels. The relaxation results in an increase in blood flow which has been used to treat not only erectile dysfunction but also reduce the severity of mountain sickness symptoms and in treating pulmonary hypertension.

The trial in Amsterdam was focussed around using increased blood flow to assist slow growing placentas. "We wanted to show that this was effective to promote growth among babies," lead researcher and gynecologist Wessel Ganzevoort told the daily newspaper, de Volkskrant.

"But the opposite has happened. I am shocked. The last thing you want is to harm patients." A large number of newborn deaths has caused the trial to be halted.

183 women whose pregnancies were deemed likely to be affected by slow placental development were recruited for the trial from all across the Netherlands. Roughly half the sample group were given placeboes. Of the group, 19 women suffered a newborn death.

11 of these babies were later identified to have elevated blood pressure in their lungs, presumed to be linked to the drug trial. Six other newborns were also diagnosed with a lung condition that breached their ability to obtain sufficient oxygen, however, these 6 did survive.

Of the group, 9 babies that died soon after birth were from mothers in the placenta group and did not show any signs of lung problems. The medical study had been set to continue until 2020 but has now been stopped. 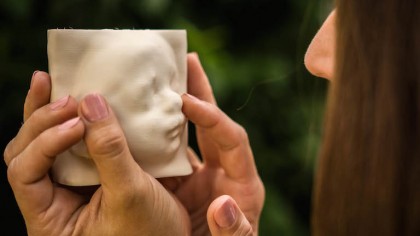 There are more than a dozen women who were prescribed drugs before the trial was halted who are waiting to see if the drug had an adverse effect on their pregnancy. "We need to be careful at this point to find out more," foetal medicine expert Zarko Alfirevic from the University of Liverpool told the BBC.

"It needs a thorough investigation because the complications were not seen in the two other, similar trials that have already been done in the UK and Australia and New Zealand." Despite the shocking and unpredicted results some scientist still hold out hope the drug can be used in a way that can assist in healthier babies.

The WHO confirmed 92 monkeypox cases in 12 countries