Deus Ex is a video game set in a world where human augmentation is commonplace, and it looks like some of the video game design may be coming into the real world. The companies behind the video game, Square Enix and Eidos-Montréal, have joined forces with Open Bionics, a prosthetic company, to create a hyper-realistic prosthetic arm. Part of what makes the project so incredible is that this bionic arm will look like a flawless robotic extension of the human anatomy, instead of a bulky device. Check out the creators of the project in the video below.

Two arms both based on designs from the acclaimed video game will be released next year as open sourced concepts, according to Engadget. Open Bionics is a prosthetic company known for pushing the bounds of what a prosthetic limb looks like and can do. The company creates limbs that are often customized to be reminiscent of movie characters or themes. Not only this, but they are able to incorporate full functionality of the limb into a relatively small space, compared to other designs.

Using 3D printing, the company has mastered the art of rapid prototyping these limbs for clients. Open Bionics was even able to print a fully assembled arm in under an hour. Each Deus Ex prosthetic will feature the ability to rotate the wrist, as well as fully opposable fingers and thumbs. 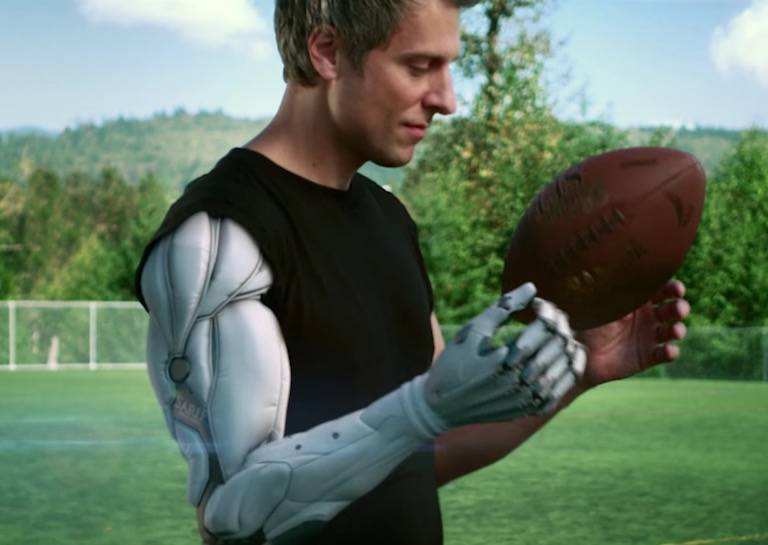 For those without limbs, feeling normal often is something many wish for. Having a custom bionic arm from your favorite movie or video game can be just enough to make someone feel like they are on top of the world. With an estimated 2 million hand amputees worldwide, the innovative prosthetics from Open Bionics could soon be seen everywhere, making a difference.

An Engineer Arm-Wrestled a National Champion With a Bionic Hand. Who Won?