A new study from Sweden detailed just how helpful active video game systems like the Wii could be as a form of physical activity in heart failure patients.

There's exercising, there's gaming, and now there's exergaming -- a combination of exercise and gaming proven to improve quality of life in heart patients. A team of researchers from Linkoping University in Sweden have discovered that gaming systems like the Wii can help heart failure patients maintain healthy levels of physical activity.

The research was recently presented at the World Congress on Acute Heart Failure, a European Society of Cardiology congress.

"Exergaming is an alternative way for patients with heart failure to be physically active," Jaarsma said. "It increases their fitness and can improve their wellbeing because they can do more in their day-to-day life."

The HF-Wii study wanted to see just how much playing a round of Wii Sports tennis would improve a patient's exercise capability. The study surveyed 605 patients with heart failure and randomly sorted them into two groups. The first would participate in exergame and the second would participate in standard exercise activities expected of heart failure patients. Patients in the first group got a gaming system, a tutorial on how to use the Wii and play the games, and were all told to play for at least 30 minutes each day. Those in the second group were only advised to be physically active for at least 30 minutes each day.

"We think quality of life improved with exergaming because patients could walk further and do more activities around the house with those meters gained."

The key to the exergaming groups success could be found in the group nature of the game as well. Activities like Wii tennis are intended to be multiplayer games, and the researchers noted that the patients' families were often more involved with exergames than they were with standard exercise.

"We think quality of life improved with exergaming because patients could walk further and do more activities around the house with those meters gained," Jaarsma said. "Patients also told us they felt more included socially. They often played the game with friends, their spouse, or grandchildren - they visit to beat grandmother."

The team also discovered a slight shift in mental health as well. Those in the exergaming group reported feeling less anxious, less depressed and generally happier at the end of the three-month study than their exercise-only counterparts.

Professor Jaarsma noted: "Patients with heart failure often feel that everything in their lives is negative - they cannot do this, they have to do that. This new way of exercising is something they can do. Exergaming enables them to be active at home. For example, patients like being able to play tennis for half an hour with their spouse without having to go out." 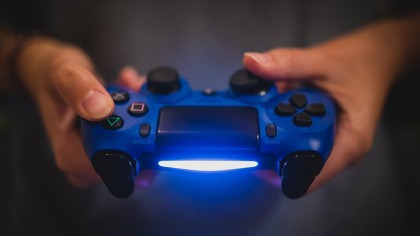 Professor Jaarsma said: "While we cannot specify the number of minutes that should be played to achieve the best results, we can say that exergaming can be beneficial for patients with heart failure."

On behalf of her co-authors, Professor Anna Stromberg and Dr Leonie Klompstra, she concluded: "Exercise is recommended for all patients with heart failure but many don't do it because they feel too tired to go out, the weather is too bad, or they're not motivated. Exergaming is an ideal option for some patients."