Villagers Carved 1200 Meter Tunnel By Hand Through Sides of Cliff 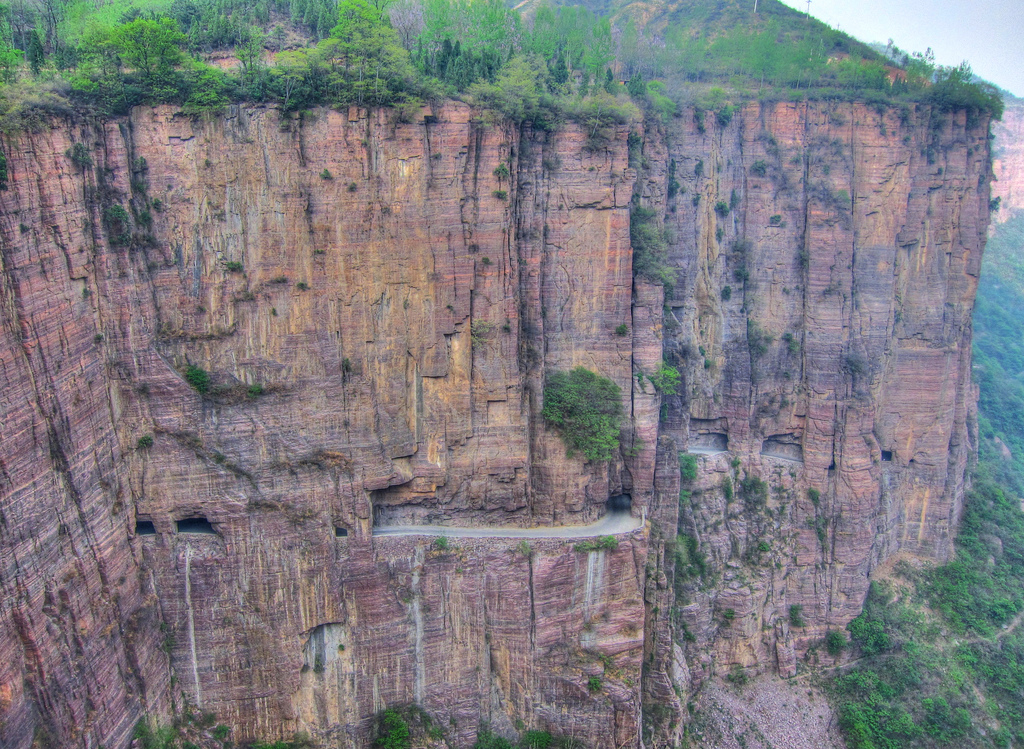 Deep in the Taihang Mountains, in the Hunan Province of China, lies a 1,200-meter tunnel that was dug by hand over the course of 5 years by 13 local villagers. The Guoliang Tunnel was carved into the side of a treacherous cliffside in order to provide easier transportation to and from the village that sat atop the mountain. Villagers got together and decided to start digging the wider pathway, as previously only a small walking path existed. They sold many of their belongings, including goats, to purchase digging materials, where they then tediously carved away at the side of the cliff. 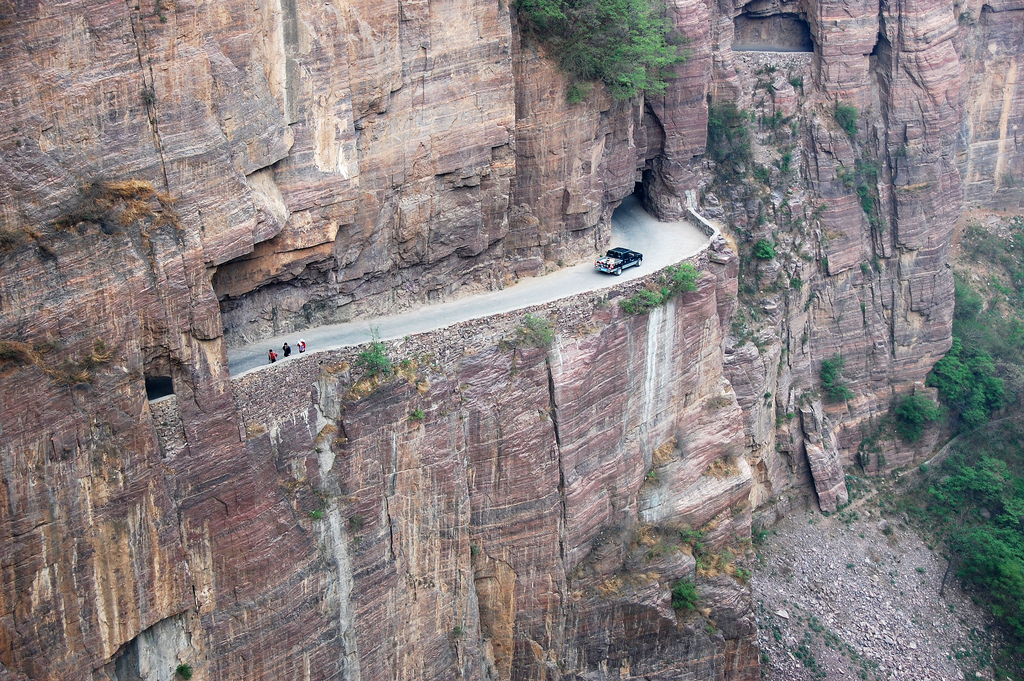 At 1.2 kilometers, the roadway is quite a feat when put into the perspective that it was carved by hand. One of the thirteen villagers, unfortunately, passed away while constructing the passage, but work continued.  The final passageway was completed in 1977 and stands 5 meters high (15 ft) and 4 meters (12 ft) wide.

At the most difficult parts of the tunnel, the crew would advance just 1 meter every 3 days, making for an arduous and thankless task. One unforeseen side effect of this tunnel is that because its construction is so fascinating, the village of Guoliang atop the mountain is now a tourist attraction. 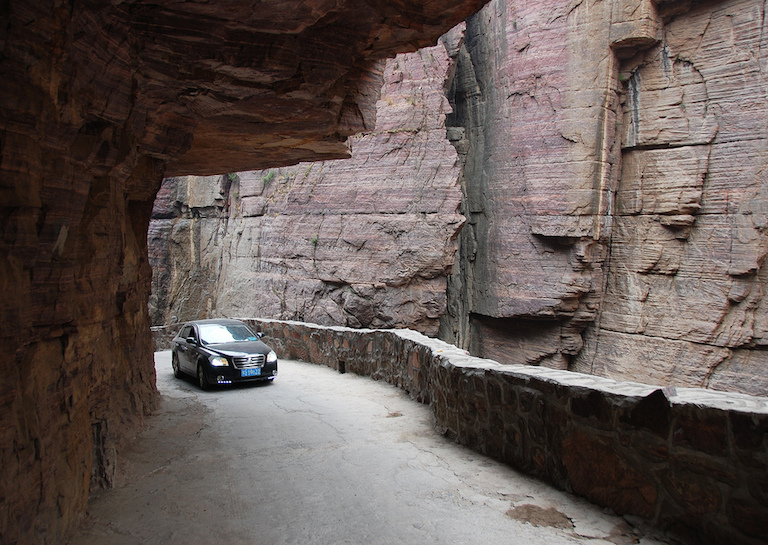 While the roadway was a major step up from the previous passage, it still remains quite perilous. So you don't feel completely claustrophobic, over 30 window openings were carved into the outward face of the tunnel, giving it an interesting look from the surrounding valleys. If you want to know what it would be like to drive down this narrow road, take a look at the video below where a man drives down the windy path.