The VSS Unity completed a safe test flight this past week. The Virgin Galactic Team is excited about the coming future of commercial space travel.

Richard Branson and his Virgin Galactic team are at it again. With the aim to bring space travel to the masses, Virgin Galactic's second SpaceShipTwo vehicle has soared through the skies again. The SpaceShipTwo, or specifically known as the VSS Unity, has completed its seventh unpowered "glide flight" this past week in the clear blue skies over Mojave, California.

Piloted by Mark "Forger" Stucky and Michael "Sooch" Masucci, the VSS Unity soared over California reaching a transonic velocity of Mach 0.9 or 690 mph. The Virgin Galactic team was pleased with the results as the VSS Unity is the replacement prototype for the failed VSS Enterprise of 2014.

Congratulations to @VirginGalactic pilots and the team for the fastest glide flight to date at Mach 0.9 from 50,000 feet https://t.co/t9CZspeLFQ #SpaceShipTwo pic.twitter.com/nszRj02i0U

Carried and dropped by the VMS mothership, the purpose of the test on January 11 was to push the VSS Unity and subject the vehicle to high acceleration forces as well as test the new modifications added to the design.

During operational flights, at 15,000 meters, the SpaceShipTwo will mimic these tests, boosting itself to suborbital space with just the vehicle's rockets motor. The vehicle will carry up to six passengers past 328,0000 feet altitude at 2,500 mph.

Lead by the eclectic billionaire Richard Branson, Virgin Galactic wants to bring people closer to the stars. Part of the Virgin Group, Virgin Galactic is a company with the aims to develop commercial spacecraft and provide suborbital spaceflights to space tourists and researchers. One of the vehicles that will bring this idea to fruition is the SpaceShipTwo

With their flagship technologically, the advanced space vehicles, the SpaceShipTwo, and LauncherTwo, Virgin Galactic will be bringing people to the stars. 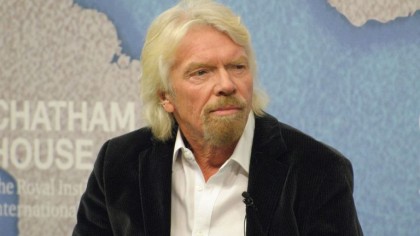 "We believe that in the future, life on Earth will be made better by the exploration of space. Children inspired by meeting and relating to astronauts from their communities will grow up to start new businesses and found new companies. Students who fly suborbital experiments while still in school will have an enormous head start on their careers, gaining experience that the current generation of leaders didn’t have until they had been in the workforce for decades."

Tickets for the SpaceShipTwo sell for about $250,000 a seat. Currently, there are over 600 people who have put down a deposit for Virgin Galactic's first official launch.

Would you fly with Virgin Galactic?