Virgin Voyages Reveals the Design of Its First Cruise Liner

The Virgin Group has finally revealed the long-awaited first look at the design of the flagship Virgin Voyager first cruise ship in Sestri Ponente, Genoa Italy.

The keel of the flagship Virgin Voyager Cruise Liner was laid in typical Richard Branson style in Genoa, Italy last week. Descending from a 200-foot crane to the background music of The Rolling Stones, he took part in the welding of two coins to the keel of the ship in the traditional Coin Ceremony as a symbol of good luck and fortune for the shipbuilding process.

The British Billionaire, founder of the Virgin Group revealed for the first time the design of the flagship Liner and said: “It will feature a sleek silvery-grey hull, with smoked glass, and of course, distinctive touches of red. The ships will be instantly recognizable when they sail into any port anywhere in the world. "

Virgin Voyages has placed an order for three ships with one of the world’s biggest shipbuilders Fincantieri. With over 230 years of shipbuilding experience building all variety of high-tech ships: from naval vessels to offshore units and highly complex ferries to mega yachts. With twenty shipyards across Europe, the Americas and Asia. Approximately 19,000 employees and a turnover of more than 4 billion euros.

"sleek silvery-grey hull, with smoked glass, and of course, distinctive touches of red"

"These ships will stand out for original design and craftsmanship. They will include some highly innovative ideas and design solutions, notably for energy recovery, reducing the overall environmental impact. For example, they will be equipped with an energy production system of approximately 1 MW, which uses the diesel engine’s waste heat. The result is, therefore, a project which distinguishes Virgin Voyages in the worldwide cruise scenery."

Virgin Voyages is committed to creating the cleanest fleet of cruise ships on the seas and is teaming up with Scanship a Norwegian company designing and producing solutions for waste management and wastewater purification. The collaboration will explore the development of potentially game-changing technology that could one day turn waste into energy. Richard Branson set out one of the major goals for the company during the design launch "Our goal is to be a ship that leaves nothing behind except great memories".

We are building the cleanest and best cruise ship to ever set sail https://t.co/7o5EBb9p5Q @VirginVoyages #VirginFamily pic.twitter.com/8RPaQsIzk6

The Virgin Group has changed the face of many industries over the years including aviation with Virgin Atlantic, America and Australia and trains with Virgin Trains in the UK. They are now embarking on changing the cruise line industry and spaceships with Virgin Galactic. The liners will be exclusively for the over 18’s only and will be designed accordingly to promote relaxation, rejuvenation, and fun. 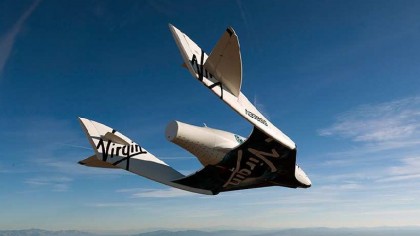 Tom McAlpin, President, and CEO of Virgin Voyages revealed that the ships are inspired by super-yacht design and will be known as the “Lady Ships”, a play on the term ‘your ladyship’, giving a nod to Virgin’s British heritage. Each ship will be adorned by a beautiful mermaid designed by Toby Tinsley, who also designed the motif for Virgin Galactic.

The self-made British Billionaire famous for his ambition and willingness to push the boundaries of whats expected, whether it's flying around the world in a hot air balloon or starting his own airline later know as Virgin Atlantic because his flight was once canceled on his way to the British Virgin Islands. Branson later recounted the story in a film by HP Matter "They didn’t have enough passengers to warrant the flight, so they canceled the flight” he explains. “I had a beautiful lady waiting for me in the British Virgin Islands and I hired a plane and borrowed a blackboard and as a joke, I wrote Virgin Airlines on the top of the blackboard, $39 one way to BVI. I went out around all the passengers who had been bumped and I filled up my first plane.”

2017 has been an exciting year for the Virgin group and Branson with investments in Elon Musk's Hyperloop One, the announcement of his own payload delivery system with Virgin Orbit with the aim of delivering cargo to space from an airborne Boeing 747. and the $1 Billion investment his Virgin Galactic business has received by the Kingdom of Saudi Arabia.