Virtual Private Networks: How They Work And Why You Might Need One

Everything you need to know about VPNs, and how they can help you.

If you spend a lot of time online, you've probably already come across the letters VPN. Especially savvy web-users will know that this stands for Virtual Private Network. Perhaps you've even used a VPN yourself in order to access geo-blocked content.

But VPNs can do a lot more than just expand your Netflix library. Virtual Private Networks first came about over twenty years ago, and can have a variety of uses. Whether you're protecting yourself from hackers, or keeping sensitive data in the right hands, VPNs are a really helpful tool. Here's a quick look at VPNs, from early history to their use today, and how they actually work.

A Brief History of Private Networks: The Point-To-Point Tunneling Protocol

The origins of VPNs can be traced back to Microsoft in 1996, when employees created point-to-point tunneling protocol, also known as peer-to-peer tunneling protocol or PPTN. This protocol was a method of creating a secure network between users through encrypting data and forming a tunnel over a LAN or WAN connection.

This protocol made the transfer of important data safe and secure, even over public networks. All that's required in order to send data via PPTN is a username, password, and server address. Because of this, it remains one of the more popular and easy to use VPNs.

Up until the early 2000s, PPTN and other forms of VPN were used primarily in business settings to protect against data breaches. But as the rest of the public gained access to the internet, and people started transferring their own data online, VPNs became an increasingly popular method of keeping individual and personal details secure.

The Basics of VPNs: IPsec, SSL, and Mobile

Explained in the simplest of terms, VPNs are a secure and private connection made between computers over the internet. In essence, it's the creation of a secret network within a broader network, where users can safely transfer data. In simple protocols like PPTN, this works on a three-step process: tunneling, encryption, and authentication.

The protocol creates a tunnel, which forms the network between users. Then the data being sent is encrypted for safety. Upon receiving the data, the user must provide authentication to decrypt the data. It's a simple and effective process, which protects the privacy of both users every step of the way.

You've probably already used a Secure Socket Layer without even realizing it. SSLs are most common in online shopping, where they protect your payment details from getting into the wrong hands. To establish this network, the seller typically has to install an SSL certificate on their server. This certificate must be obtained from a Certificate Authority, and demonstrates that it's a trusted network.

This certificate is also necessary in order to create a secure connection between the server and the browser. Once installed, payment details and other sensitive data can be transferred over the connection safely.

You may already be familiar with terms like "IP", as in "IP address". This stands for Internet Protocol, and IPSec is just a method of safely transferring data over Internet Protocol networks. IPSec has a broader application than SSL, and is, therefore, one of the most used VPN methods.

Similar to PPTP, IPSec follows a system of encryption and authentication. However, in IPSec's case, the system has four steps. First, the origin of the data is authenticated. Then it is encrypted before being sent. Upon being sent, the integrity of the data is checked, to ensure nothing has tampered with the data. Finally, the detecting packets are received twice or more to protect against denial of service.

Mobile VPNs are exactly what they sound like - private networks, but mobile. They're intended for use over wireless connections, or for situations when you might be moving in and out of range. They operate with a more advanced level of data compression than other VPNs, meaning they require less memory and battery power.

So you get all the benefits of a VPN, but optimized for use on a mobile device.

Why Use VPNs?: Protection and Play

By now it will probably make sense why VPNs are worth using for your work, or other situations in which you're handling important data. It also helps make remote freelance work possible, as employers can give employees access to important company information safely over the internet.

Using a VPN will also make you less visible to potential hackers, as you won't be showing up on public networks. This allows you to go about your business without becoming the target of a data breach, or having anyone mess with you.

It's important to keep this in mind next time you're using the free wifi in your local coffee shop or bar - anyone else using that network could, if they wanted to, access your data or device if they so wished. So be careful, and use a VPN. 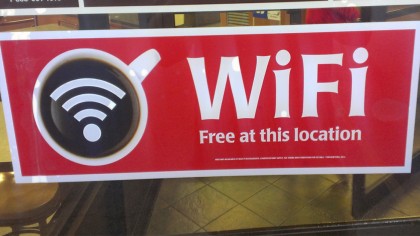 Another reason to use a VPN is so you can access content and media that you might otherwise be blocked from viewing. Through using a VPN you can trick geo-restrictions into thinking you're somewhere you're not. This is because your IP address is replaced with the address of your VPN. So if you live in Europe and want to access American Netflix, you can simply get an American VPN and enjoy a whole new digital library. Likewise, if certain YouTube content is blocked in your country, you can use a VPN to view it.

There are a number of free-to-use VPNs online, that will make the Internet a safer and potentially more interesting place for you. It's definitely a good idea to try them out, especially if you travel often or frequently use public networks. Stay safe, and happy surfing!

How Tesla's Valve Straw Only Works in One Direction

What CNC Machining Is and How It Works