Paraplegics who are fully paralyzed from the waist down are gaining a new lease on life thanks to virtual reality and an exoskeleton device. This new technology is being used in a rehab program in Brazil run by the Walk Again Project. Of all of the amazing transformations seen in the program, a woman who was paralyzed for 13 years gaining the ability to walk again is by far the most amazing.

Each patient wears a virtual reality headset that reads their brain's signals to insight movement to their paralyzed appendages. Paraplegic's brains still send these signals, however they never make it to the paralyzed limbs. Through the VR headsets, patients are able to receive positive visual feedback of actual movement each time their brain sends a signal. This reinforces the signal pathways, and eventually can restore the ability to move their paralyzed limbs.

The initial testing of the devices included 5 patients, and after a year of training 4 of the 5 regained use of their previously paralyzed limbs. This type of rehabilitation has never been seen before, and it could turn paralysis into a temporary ailment, rather than a permanent one.

"Now, with further advancements, the candidate teenage kicker will be trained in Virtual Reality to control technology that will eventually allow them to kick the ball at the world cup. They will do this by wearing a non-invasive headpiece that detects brain waves." ~ Duke 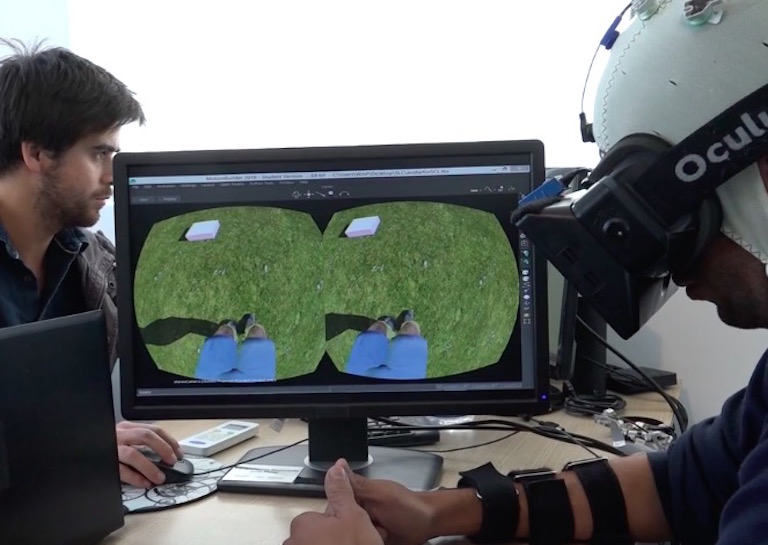