A dormant virus, previously believed to only be present in healthy people in tissues not protected by the immune system, has now be found in the eyes of mice causing chronic inflammation.

A virus estimated to affect over 50% of the adult population by the age of 40 has recently been revealed to be even more threatening. The common Herpesvirales virus, Cytomegalovirus (CMV), spreads through body fluids, semen, and breast milk and often goes undetected because it causes no symptoms in healthy people.

However, pregnant women or people suffering from weakened immune systems have much to fear from CMV. A woman with an active CMV infection during pregnancy may transmit the pathogen to her baby, while people with compromised immune systems may find the virus fatal.

New cause for concern

It seems that CMV might also be something to be blamed for long-lasting eye inflammation in people with uncompromised immune systems. Previous research stipulated that, in healthy people, dormant pools of the virus could only be found in tissues not protected by the immune system such as the lungs.

A new study conducted on mice, however, found reservoirs of latent CMV reached the eyes whose tissue is protected by the immune system. More specifically, the researchers found the virus infected the iris, but not the retina. 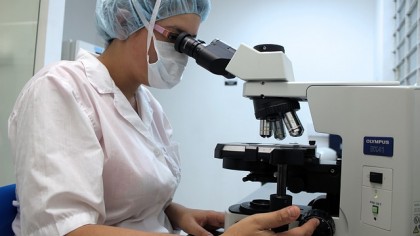 Unfortunately, this did not stop CMV from causing chronic months-long inflammation of both the iris and retina. Even worse, dormant CMV taken from the eyes of a mouse even 70 days post-infection would reactivate and spread in a dish.

What organ is next?

The paper, published in PLOS Pathogens by Valentina Voigt of the Lions Eye Institute in Western Australia and colleagues, comes to the alarming conclusion that “virally induced inflammation in immune privileged tissues may be a general phenomenon and can occur despite a fully competent immune system.” This means even the brain, previously considered to be safe if protected by the immune system, could also be a target.

For now, more research is needed before conclusive evidence can be provided that these conditions are replicated in humans. However, the researchers believe the likelihood that they are is high.

"Since the mouse model of cytomegalovirus infection faithfully recapitulates most of the pathologies seen in people after infection with human cytomegalovirus, this study represents an important advance in understanding the full impact of this infection, especially in healthy subjects," said study co-author Mariapia Degli-Esposti to Science Daily. This assumption opens the door to concerns over the treatment of current eye-related issues.

The study explains that these findings may suggest that other “common viruses may target this organ more frequently than appreciated.” Medical professionals may need to reevaluate how they diagnose eye problems in people with healthy immune systems to avoid potential misdiagnoses and further damage.

The study saw the researchers infect test subjects with a mouse version of CMV and analyze its effects on their eyes using imaging and molecular techniques. Funding for the research was provided by the National Health and Medical Research Council of Australia.