Volkswagen is Investing $40 Billion Into Their Electric Cars

The German carmaker made the announcement this month, it comes after years of recouping from the emissions scandals only a few years ago.

The competition just heated up in the electric vehicle market after Volkswagen approved a 34 billion euro ($40 billion) spending plan last week. The money is going towards their efforts to be at the top of the electric car heap worldwide by the end of 2022, according to Reuters.

"With the planning round now approved, we are laying the foundation for making Volkswagen the world’s No. 1 player in electric mobility by 2025," Chief Executive Matthias Mueller said at a press conference.

Volkswagen has been behind in the race to EV eminence since they admitted two years to cheating on US diesel emissions tests. The 2015 scandal caused the resignation of CEO Martin Winterkorn among others and a mass recall of affected vehicles. Volkswagen pledged to spend $18.32 billion on fixing the issues and refitting all cars with the right programming.

However, after China’s announcement of their plans to ban the production and sale of fossil fuel cars, manufacturers have repositioned their focus to zero-emission and autonomous tech. Much of the industry push is led in part by trendsetter Tesla. Volkswagen has upped the ante and has promised to offer an electric version of each of its 300 group models, all by 2030 -- just in time to meet France and Britain’s additional bans on the sale of petrol and diesel cars.

To fund this venture, the German carmaker plans to draw on cost savings in areas of operation such as vehicle development, administration, and manufacturing. They also plan on dipping into cash reserves.

"Mueller said VW will maintain spending discipline in order to shoulder the increased investments in new technologies while it grapples with billions of dollars of costs for its emissions scandal," writes Reuters.

According to Works council chief Bernd Osterloh, 3 billion euros will be invested at the base plant in Wolfsburg where they are currently preparing for the launch of their next-generation Golf hatchback.

So far, the car manufacturer offers “a range of electric and hybrid cars from the city proof e-up! To the refined and practical e-Golf,” states the website. Soon, however, the classic and iconic VW Beetle might be joining their ranks.

Speaking to Autocar, VW's chairman Herbert Diess. said that the company was "actively considering" plans for an electric Beetle.

“If we wanted to do a Beetle, electrically it would be much better than today's model, much closer to history because it could be rear-wheel drive,” said Diess to the automotive outlet. 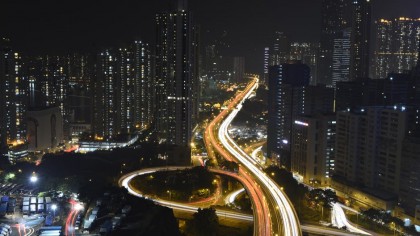 The idea came about after he announced that the company would be an electric version of the ID Buzz, its classic microbus. He was flooded with demands from the public to add the Beetle to the list too, and now it just might happen.

Ultimately, an electric 'Bug' could be a massive demand in the market. It's not only one of VW's signature cars; it also gets very decent gas mileage. Miles per gallon has fluctuated in the upper 20s over the last several years. Adding electric into the mix would only help the Beetle's look, many Bug fans hope.