VW could possibly be subject to another scandal again this year as the German automaker is reported to have funded a test that intentionally exposed monkeys to diesel fuel exhaust and humans to nitrogen dioxide.

According to CNN, Volkswagen has suspended its top lobbyist due to this troubling news. VW has tried to distance itself from the organization that performed the tests, claiming that they are strictly against animal cruelty in any form. 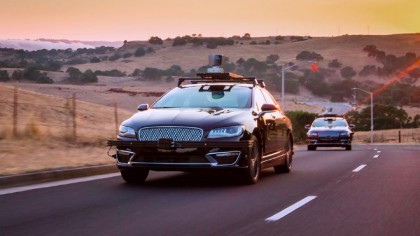 The tests run by a research lab funded by a group of automakers including Volkswagen and BMW, reportedly consisted of forcing ten monkeys to inhale diesel exhaust fumes while they sat in airtight chambers as cartoons played.

Exposure was linked to premature mortality, cardiovascular problems, asthma, breathing problems, etc. And of course, it was -- we've known for ages that breathing in fumes isn't good for you. We've known that automobiles have been polluting the atmosphere and poisoning our lungs for decades. It has just always been too difficult to give up our cars to solve the problem. So why did we need a test to confirm it?

The tests were designed to prove that VW's diesel engines were cleaner and safer than older, traditional engines. The diesel engine used the pollute the atmosphere of the caged monkeys was a VW Beetle. There are probably a million ways to test such a claim -- a tube with superfine mesh that catches particles as they come out of the vehicle could almost certainly demonstrate how much garbage a car is putting into the air.

Another extremely severe accusation placed on the research group is human test subjects being exposed to nitrogen dioxide. There is a navigable space around subjecting animals to adverse conditions in the spirit of science, but exposing human beings to something potentially harmful is inexcusable.

These tests cast dispersion regarding the ecological value of diesel fuel. They failed to adequately provide evidence that diesel fuel is not harmful and the fact that the tests failed and represented a loss in quality of life for a few monkeys and a few humans demonstrates that inadequate care was taken during the planning process.

The EUGT was disbanded in 2016. In what was probably a wise move, the car companies that paid for its existence decided that it wasn't worth the bad press when everyone found out about what they were doing there.

The car companies claimed that they were unaware of the unethical tests.

Latest Updates on the Coronavirus Disease