The Autostadt is a visitor attraction adjacent to the Volkswagen factory in Wolfsburg, Germany, with a prime focus on automobiles. It features a museum, feature pavilions for the principal automobile brands in the Volkswagen Group, a customer centre where customers can pick up new cars, and take a tour through the enormous factory, a guide to the evolution of roads, and cinema in a large sphere. One of the prime attraction at the Autostadt is the two gleaming car parking towers of glass and galvanized steel where cars are automatically moved from the Wolfsburg plant and on to the customer centre where they are collected by their owners. 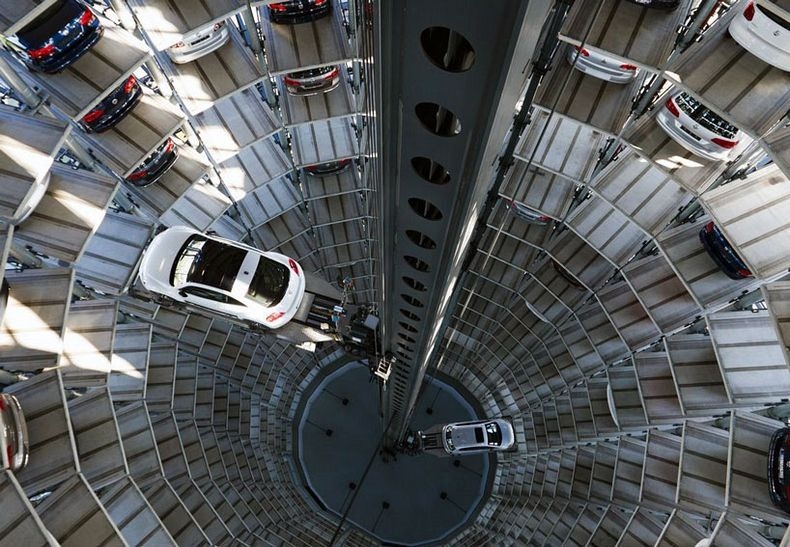 Each tower is 60 meter tall and houses 400 cars each and are the heart of vehicle delivery at the Autostadt. The two towers are connected to the Volkswagen factory by a 700 metre underground tunnel. A conveyor belt system transports finished cars directly from the adjacent manufacturing plant to the towers' basement. From there they are lifted into position via mechanical arms that rotate and run along a central beam, moving vehicles in and out of their bays at a speed of two meters per second. When a customer purchases a car from Autostadt the car is picked from the silo and transported out to the customer without having driven a single meter, and the odometer is thus on "0".

Visitors can explore the tower via a panoramic glass elevator, and are eventually taken to an observation deck on the twentieth floor, giving a view of the factory, the town of Wolfsburg and the surrounding countryside.

Are Electric Vehicles Actually Worse for the Environment than Combustion Engines?