In an attempt to reduce road dangers, Volvo Cars will be sharing safety data for the first time ever with Volvo Trucks. The program goes into effect this year.

In a statement released this week, Volvo Cars announced it will now be sharing real-time data with Volvo Trucks in order to improve road safety. The news marks the first time Volvo Cars shares safety data with another company.

The release said the collaboration would “expand coverage of the companies’ connected safety technology, a cloud-based system that allows vehicles to communicate with each other and alert drivers of nearby hazards.” Set to go in effect this year in Sweden and Norway, the new agreement will see live but anonymized data shared between Volvo trucks and Volvo cars equipped with hazard-alert systems.

"The more vehicles we have sharing safety data in real time, the safer our roads become."

“Sharing real-time safety data based on our connected safety technology can help avoid accidents,” said Malin Ekholm, vice president of the Volvo Cars Safety Centre. The initiative would represent the first steps to accumulating enough connected vehicles in order to generate enough information to have a measurable effect on road safety.

“The more vehicles we have sharing safety data in real time, the safer our roads become. We look forward to establishing further collaborations with other partners who share our commitment to traffic safety,” added Ekholm.

The collected data will be anonymized to protect drivers’ privacy and comply with the General Data Protection Regulation (GDPR) set to take effect in Europe this May. The regulations affect all companies in Europe and even those abroad with European customers.

To increase passenger security, Volvo Cars are equipped with their own particular brand of hazard-alert system called the Hazard Light Alert technology. The feature enables any Volvo car to send an alert to all nearby connected Volvo cars as soon as its hazard lights have been switched on, alerting other drivers immediately to any potential dangers.

“Connected safety allows Volvo drivers to virtually ‘see around the corner’ and avoid a critical situation or accident before it happens,” said Malin Ekholm. “The ability to see further ahead and avoid hazards is something we want to share with as many drivers as possible.”

Road safety has long been an issue in Europe. In 2011, the European Commission reported that more than 30,000 people died due to road accidents. 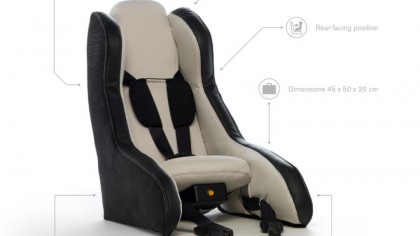 In addition, for every traffic-related death there were an estimated “4 permanently disabling injuries such as damage to the brain or spinal cord, 8 serious injuries and 50 minor injuries.” In response to this data, the Commission released a Road Safety Programme for 2011 and 2020 aimed at improving traffic-related safety and reducing accidents.

The programme has a number of initiatives related to vehicle safety as well as others tackling user behavior and road infrastructure. We guess they will be happy with this latest news.