Volvo just pledged thousands of its flagship SUV to Uber. The carmaker and ride-sharing app already have a $300 million deal in the pipeline to develop autonomous technology that will be out on the roads by 2021.

Uber just announced plans to buy up to 24,000 autonomous cars from Chinese-owned Swedish carmaker Volvo and plans on purchasing the vehicles over the course of three years beginning in 2019 and ending in 2021.

This is a move from its current practice of using freelance drivers to an entirely new world of driverless technology. The ride-sharing company has seen a wash of controversy over the last few years regarding lawsuits over trade secrets with Alphabet’s Waymo and the loss of their operating license in England’s capital.

Volvo will provide Uber with thousands of their XC90 SUVs and they will be fitted with autonomous technology developed by Uber. A project currently underway at Uber’s Advanced Technologies Group.

This deal with Uber adds to their $300m agreement announced last year which is primarily about financing self-driving systems that require a new operating framework.

“The automotive industry is being disrupted by technology, and Volvo Cars choose to be an active part of that disruption,” said Håkan Samuelsson, president, and chief executive. “We aim to be the supplier of choice for AD ride-sharing service providers globally. Today’s agreement with Uber is a primary example of that strategic direction.”

Another company planning on beating the carmaker and taxi app to the punch are Waymo who is set to introduce the world’s first autonomous car service in Arizona within the next few months. The state recently made it legal to operate self-driving cars without humans present, the rest of the world has yet to follow suit. 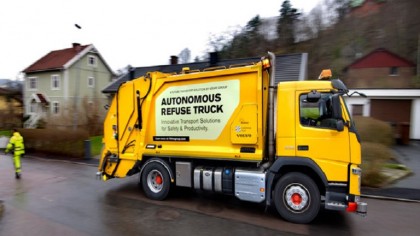 Uber has also been using Tempe, Arizona as a base of operations to test 200 prototype Volvo cars with safety drivers present in case the driving system fails.

Jeff Miller, Uber’s head of automotive alliances, said to The Guardian: “Our goal was from day one to make investments into a vehicle that could be manufactured at scale. It only becomes a commercial business when you can remove that vehicle operator from the equation.”

Unfortunately, statistics released by analyst firm Edison Investment Research discovered that Uber’s technology is so far 5,000 times worse than Waymo’s. They found that a driver had to take over from the system once every mile driven. Waymo, however, only needed intervention once every 5,128 miles.

Volvo is also using the SUV developed with Uber to establish its autonomous strategy, they plan on releasing their first driverless vehicle by 2021. Hopefully, the kinks that Edison noted will be smoothed by then.

This SUV is well on its way to becoming the flagship model for the carmaker and has endured many changes as the years have gone by.

“It’s also teeming with recently developed technology that will underpin a raft of new models in the next decade - as can be seen by the 2017 XC60 and XC40 models,” writes Autocar's tester, Matt Saunders.

The car is also built to be safe, an essential feature if the driver is going to be removed. It's the first car to sit on Volvo’s new modular platform dubbed SPAR (Scaleable Product Architecture).

Via: BBC, The Guardian, Volvo, Autocar