Volvo car manufacturer has recently finished a research project which proposes magnet laden roads as an assistant for self-driving cars. “The magnets create an invisible ‘railway’ that literally paves the way for a positioning inaccuracy of less than one decimetre (10 cm),” says Jonas Ekmark, Preventive Safety Leader at Volvo Car Group. “We have tested the technology at a variety of speeds and the results so far are promising. The next step is to conduct tests in real-life traffic.” 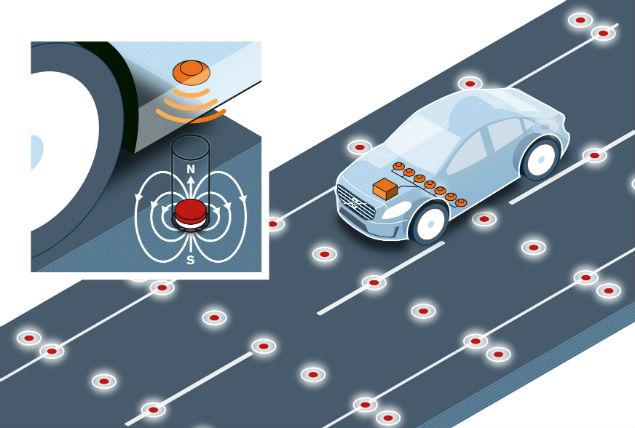 The project has been researched at Volvo Test Centre in Hallered, Sweden, on a 100 meters test track that was loaded with a pattern of ferrite magnets (40x15 mm) embedded 200mm into the road; the car of course is equipped with magnet sensing technology.

"Accurate, reliable positioning is a necessary prerequisite for a self-driving car ... Our experience so far is that ferrite magnets are an efficient, reliable and relatively cheap solution, both when it comes to the infrastructure and on-board sensor technology,” Ekmark said, “the next step is to conduct tests in real-life traffic." Volvo now plans to further the research by unleashing autonomous cars to public roads to see how the cars can tackle real traffic.

There have already been wide scale reports of the success of Google’s self- driving cars that utilise GPS technology, LiDAR and 360-degree view cameras to detect obstacles and assist road navigation, with other companies including BMW and Ford also looking into similar methods.

Volvo claims that the magnetic technology is a lot cheaper than adding GPS and camera systems to cars and also lacks the unreliability of GPS in poor weather conditions or tunnels for example. Volvo states that the technology would not replace the existing hardware of autonomous vehicles but add another level of safety and guidance. 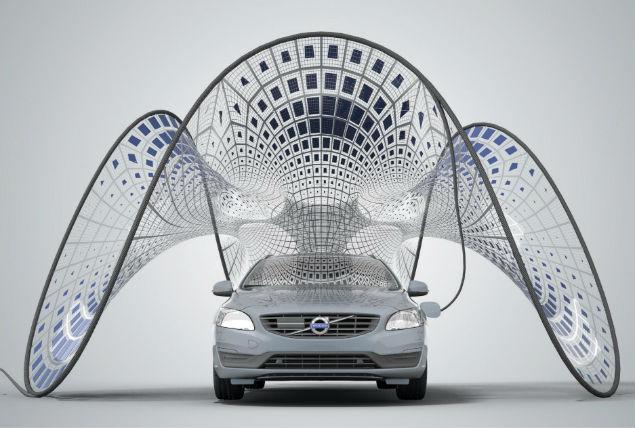 The big task however, would be getting government backing or other support to implement the magnetic system – there is a lot of road to cover! As an introduction to the technology, main highways can be incorporated first before continuing the spread of magnetic implementation with focus on areas that lack GPS coverage such as tunnels. Also, instead of burying the magnets, they can be used to replace existing road markings, allowing cost and work required to be reduced.

“Our experience so far is that ferrite magnets are an efficient, reliable and relatively cheap solution, both when it comes to the infrastructure and on-board sensor technology,” explained Ekmark. Volvo further claims that the system could also prevent run-off road accidents, facilitate accuracy of winter road maintenance and allow a more efficient utilisation of road space since accurate positioning could allow lanes to be narrower.

As the race to autonomous cars continues, it’s nice to see another possible layer of safety and guidance that can assist the current technology in its shady areas - the safer, the better.