The past couple of years have seen Volvo rebranding itself with the aim of repositioning itself as an innovator and thought leader on new emerging automotive technology. This rekindled interest in new automotive tech centers around the car company’s performance brand, Polestar.

Fresh into 2019, the car company has released a teaser image of the electric brand’s upcoming all-electric Polestar 2, a vehicle that sure to compete directly with Tesla's all-powerful Model 3.

Elon Musk’s Tesla created quite a buzz across the automobile industry. It won't be an exaggerated claim to make - Tesla has made electric vehicles cool, causing automakers to rush towards the production of their own electric vehicles to feed the rapidly growing demand for energy efficient vehicles.

Volvo’s Polestar was no different. Two years ago, the car company entered the electric vehicle market with its hybrid  Polestar 1. The car overall was met with mixed feelings, as the technology in the vehicle seemed a little outdated compared to Tesla’s fully electric high performing cars. 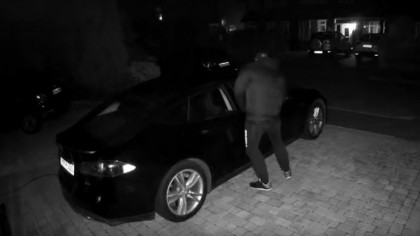 Tesla Owner Releases Footage of his Model S Being Stolen

Volvo hopes to get it right this time with the Polestar 2. Expected to arrive in the coming weeks, the Polestar 2 is going to be the first full BEV from Polestar and the Volvo Car Group, something that the CEO Thomas Ingenlath is very excited about.

As stated by Thomas Ingenlath, “We are not saying it’s a Tesla killer, we are here to vividly compete with them in the market. We will launch Polestar 2 in the second half of 2019 and production will begin around the start of 2020.”

With a price range expected to float around the Model 3’s price points, the Polestar 2 will boast an impressive range of 300 miles off of one charge with approximately 400 horsepower.

The four-door vehicle will include a range of new technology including the world debut of the new Google Android HMI, which in turn is also the debut of the in-car version of Google Assistant.

Expect to see the Polestar 2 appear in the coming weeks, with more details. Are you excited?