Although crude when compared to Star Trek's holodeck, this latest technological application is the closest thing to living in the world of virtual reality. VR researchers from the Human-Computer Interaction Lab (HCI) at the Hasso-Plattner Institute in Germany used natural human electrical signals to greatly 'unify the virtual world of the computer with the physical world of the user into a single space'.

VR users can now use their sense of feel

Virtual reality is basically an illusion and is widely used in the gaming world via a headset programmed with computer simulations. The earliest VR headset, the Forte VXF1, was introduced in 1995 and became popular not only for gamers but also for other applications like training simulations. A conventional VR headset can only simulate visual and audio effects for users. However, the current VR configuration was just recently revolutionized by the German researchers through simulating feelings from the virtual world to the actual reality. 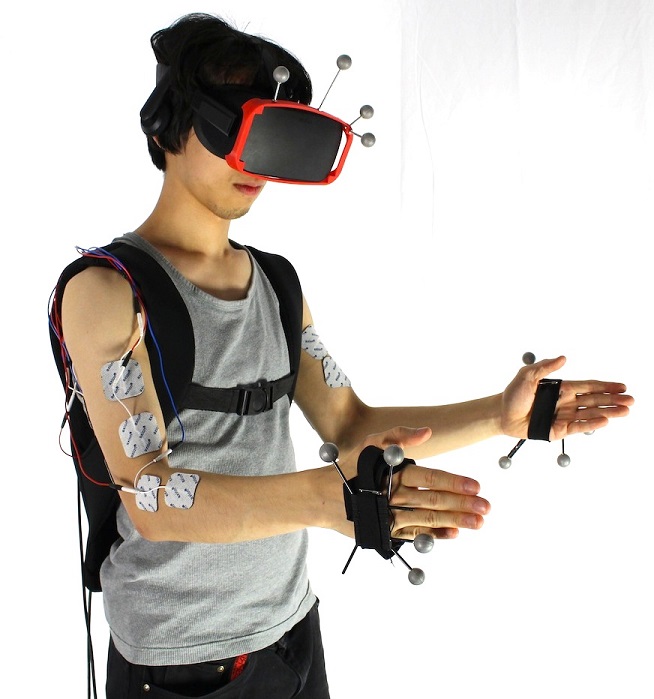 The researchers have successfully added haptics to walls and heavy objects in the virtual reality simulation. Using electrical muscle stimulation (EMS), they were able to prevent the user's hands from going through virtual objects. Users are also able to feel the object they are carrying in the virtual world by getting tension sensations sent to their biceps and triceps. The sensations are created when the haptics system actuates the appropriate opposition muscles. For example, to apply tension on the user's biceps, the triceps are actuated and vice versa which simulates the desired experience. 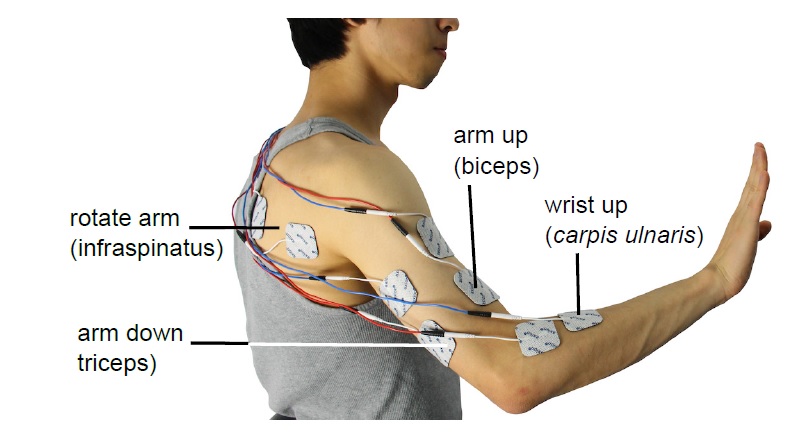 Although the simulation achieved its goal of preventing the user's hands from penetrating virtual objects, one set-back of the VR haptics was that the original design was calibrated in the wrong orientation. The users were erroneously pulling in when the sensation was supposed to be in pushing mode. Subsequently, the researchers created two alternative designs to increase believability.

In this first alternative design, the EMS intensity was cut-off. This design allows the user to penetrate virtual objects by 10 cm which gives off the impression that the objects are soft. As a result, carrying an object feels like holding onto a soft surface while the inside is increasingly becoming solid. The researchers played around with this concept to achieve various visual effects.

The second alternative design works by reducing the duration of the EMS signal. It uses a short EMS pulse (200-300 ms) where the EMS makes the user's hand jolt backwards and removing it from the virtual object it is attempting to touch. This simulation is achieved using a reasonably low EMS pulse intensity which is pain-free all throughout the use. 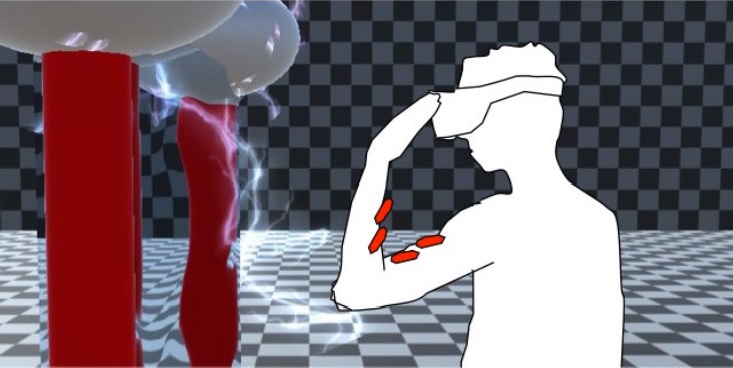 Unlike other robotic equipment that helps users with mobility, the haptics developed by the German team for the VR headset is easily wearable. The system can be kept in a small backpack and be carried like a normal bag. It contains a medical grade 8-channel muscle stimulator that is controlled through a USB within the VR simulators. The headset uses Samsung/Oculus GearVR technology and a motion capture system. 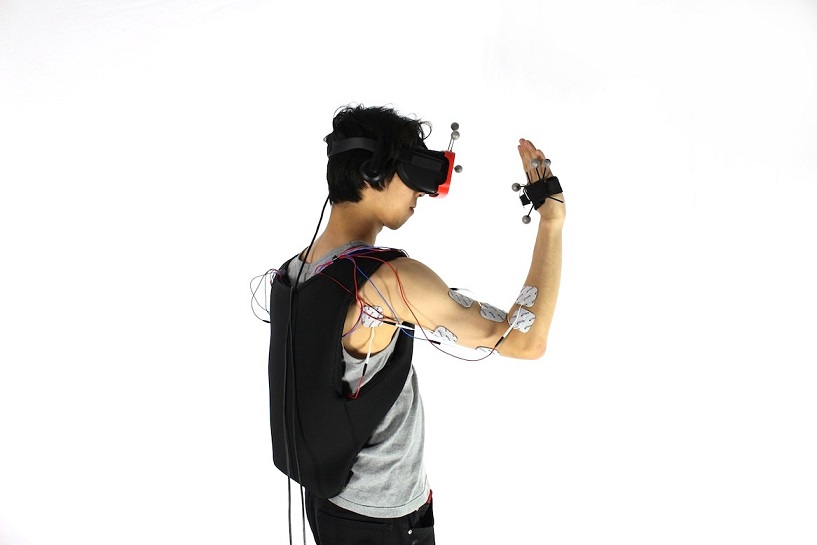 Even though this latest upgrade in the VR headset is a milestone achievement, it is still a long shot from getting to where the highly sophisticated virtual reality simulations are in fictional settings like in movies and television. Having said that, it is the first step among the many others that will have to be taken in order to perfect the harmony between the virtual world of computers and the physical reality of users.

SEE ALSO: Facebook’s New App ‘Spaces’ Allows You to Hang out With Your Friends in VR

You Can Finally Feel What Happens in Virtual Worlds