If you are on the East Coast of the US stay tuned as NASA plans its seventh attempt at a rocket launch that will create colorful vapor clouds. The US space agency will send a rocket up to create artificial, colorful clouds as a method to study auroras and the ionosphere. The most recent attempt was dumped last minute probably due to cloudy weather. The next launch attempt hasn't been set yet, but won't happen before June 15, but keep an eye on local news for more details. Stargazers from New York to North Carolina should be able to see some red and blue clouds from their backyards when the launch is finally underway. 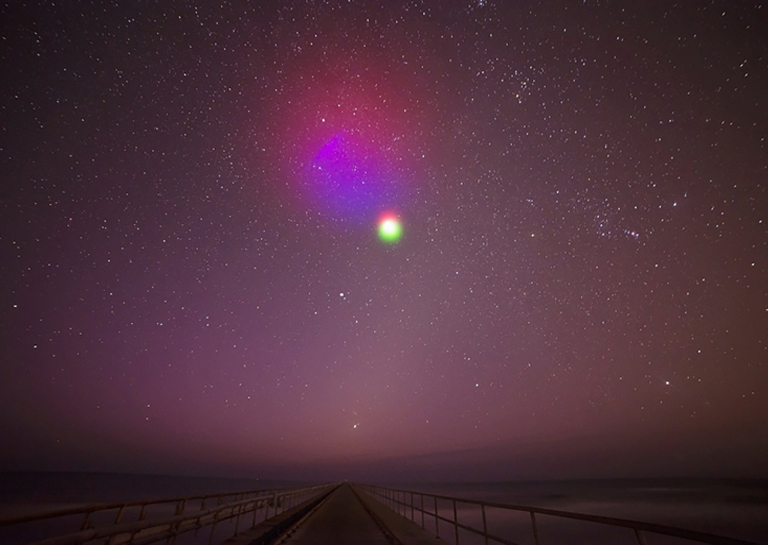 NASA released a statement describing the launch schedule, “Canisters will deploy between 4 and 5.5 minutes after launch releasing blue-green and red vapor to form artificial clouds. These clouds, or vapor tracers, allow scientists on the ground to visually track particle motions in space.”

NASA will view the blue-green and red artificial clouds that will be produced as part of the tests from its ground stations at Wallops and Duck, N.C. The number of failed attempts is due to the tests needing clear skies at one of these testing grounds. Clouds obscured the viewing area at both viewing sites for the June 12 launch attempt. Canisters containing the ‘clouds’ will deploy between 4 and 5.5 minutes after launch releasing the blue-green and red vapor. These clouds, or vapor tracers, allow scientists on the ground to visually track particle motions in space as part of research into auroras and the ionosphere. The NASA Visitor Center at Wallops will open at 8 p.m. on launch day for visitors to view the flight.

AccuWeather Meteorologist Faith Eherts hoped for the best for yesterday's failed launch stating, “The area of high pressure responsible for the heat wave in the eastern U.S. will also promote clear skies through next week, which will bode well for the NASA launch.”

Once the date has been set you can follow all the action on the live stream here. Streaming should begin at around 8:30 EDT.

Holes in the magnetic field

The launching of the clouds will generate data for the "Grand Challenge" initiative. This global initiative is working to better understand two gaping holes in Earth's protective magnetic shield, called cusps. According to Astronomy Now the two holes could be leaking as much as 100 tons of air per day. While the earth is not at risk of running out of air. It is critical for scientists to understand how this phenomenon works. One way of grasping what is happening is to make it visible, which is where the colored clouds come into the story.

Launching the colorful vapors such as barium (green), cupric-oxide (blue-green), and strontium (red) into the Earth's ionosphere will show how the clouds move through the region. The ionosphere is where charged air particles and the solar wind interact. The collected data could help scientists verify and update computer models of the fringes of Earth's atmosphere.

Editor's Note: The post has been updated after the cancellation of the most recent launch attempt.