After more than a decade, Facebook mastermind, Mark Zuckerberg, pays a visit to his old H-33 dorm room at Kirkland House, Harvard where the multi-billion social networking service started. Zuckerberg and his wife, Priscilla Chan, shared with netizens their nostalgic visit to the dorm suite and told some interesting stories on how Facebook all began. This live video stream he did just hours ago already has over 6 million views which truly shows how influential the CEO is and how vast Facebook has become.

Live from my old dorm room at Harvard.

Although Facebook is now a global household social media platform with a net worth of $59.4 billion (as of April 2017), its early days of development didn't have a grand beginning. At the first part of the video, Zuckerberg reveals the small working space where he programmed the first version of Facebook in just two weeks back in 2004. He also showed Dustin Moskovitz and Chris Hughes', his co-founders', bed spaces while explaining their role in the creation of Facebook. Just like an average geek working on a project, Zuckerberg also said his team had a big whiteboard along the dorm's corridor where they would lay out their problem sets and algorithms (isn't that just a tad nerdy).

One memorable story he told was when he coded a prank website called FaceMash, which he coded for 3 days straight. Without the intent of launching the site, FaceMash went viral around the whole campus and Harvard had to cut off internet services in order to get rid of it. None of the students in the Kirkland House zone could do their assignments as the internet connection suddenly blacked out. That's how you stir up campus trouble geek style. Apart from coding prank sites, Zuckerberg also built numerous study tools to help students with learning their courses and to just make all studying related tasks simple for everyone. 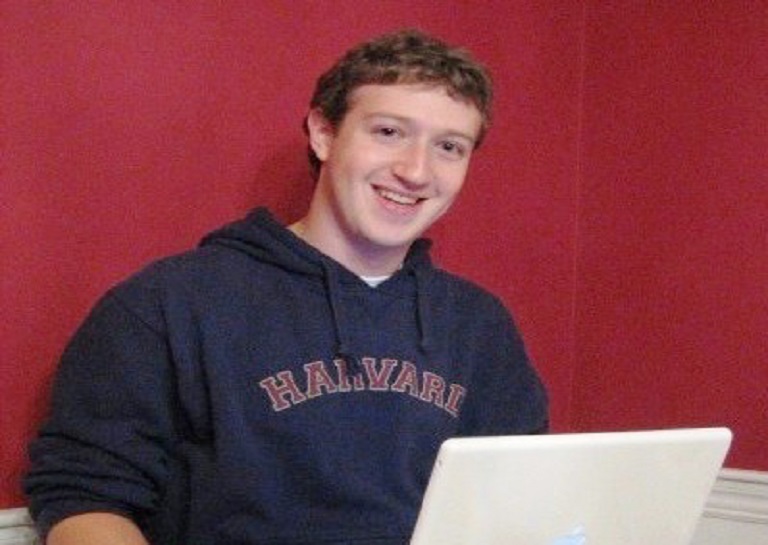 Of course, like many students, Zuckerberg also skipped many of his lectures but not because he was out partying or gallivanting. Instead, he purposely missed out on his lectures to code this social networking site that is now known as Facebook. His last story epitomizes cleverness (and laziness) as he built a "study tool" for the then Rome of Augustus class where his classmates pretty much saved him from failing his art and literature exam.

How about that, from a playful, experimental student who was persistent on working with projects he enjoyed, to the CEO of the biggest social networking website in the world. Mark Zuckerberg's Facebook story is definitely one of Harvard's most notable college life experiences. If you're not a Mark Zuckerberg fan then this nostalgic video may be able to convert you as his humble stories echo those of a typical student life, which most of us can relate to. And even as one of the world's wealthiest CEO, Zuckerberg still has that simple, down-to-earth vibe which average people like us can very much appreciate.

Iceland Has Nailed the Ultimate Response to Mark Zuckerberg's Metaverse