A total solar eclipse will be taking place today at 8:38 ET and will mostly be visible over the Pacific and Southeast Asia. Don't worry if you aren't in one of those locations, NASA will be live streaming the event. So make sure and tune back here to watch everything happen tonight! Solar eclipses happen on an annual basis, but the next total solar eclipse won't happen until August of next year. A total solar eclipse occurs when the moon passes in front of the sun casting a shadow upon the earth. This creates the sensation of the sun being completely blacked out with only a faint glimmer of light around the edges.

While blacking out the sun may seem like something that would affect the entire world, it is actually only visible for the people located in a roughly 160 kilometer wide path. Solar eclipses present a unique opportunity for NASA and other scientists to study the Sun's atmosphere. The corona, or the thin outer layer of the sun, is what can be seen shining around the darkness of the moon during a total solar eclipse. Under normal conditions, the faint outer rim of the sun cannot be examined in detail, so NASA will be taking advantage of this unique opportunity. Part of the reason NASA wants to gain a better understanding of the corona is how it affects electronics here on earth. This outer atmosphere can be responsible for sending out solar flares which can mess with satellites and other wireless communications.

The live stream of NASA TV above will be covering a question and answer session with astronauts aboard the ISS as well as other information today up until 8 P.M. Eastern Time. At that point, the stream will switch over to live coverage of the eclipse from Micronesia. The total solar eclipse can be expected to occur between 8:38 and 8:42 P.M. ET, viewable only through the NASA live stream for those outside of the viewing area in the Pacific. 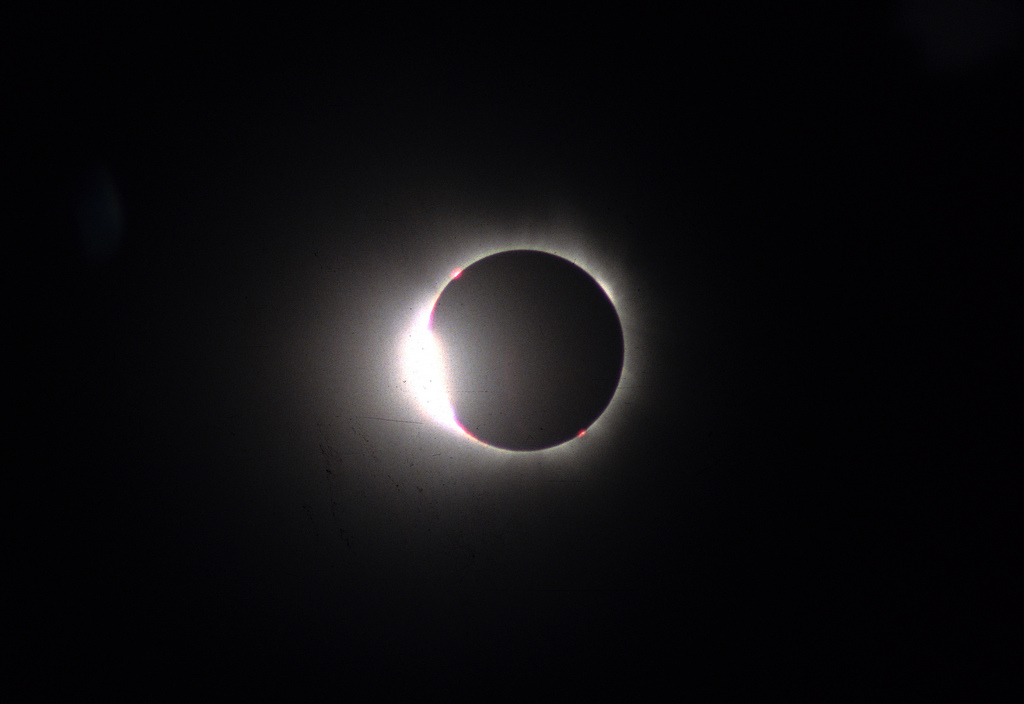 Parts of Hawaii, Alaska and islands in Indonesia and Micronesia will be some of the only places to watch the eclipse live. However, if you were lucky enough to book a seat on Alaska Airline's flight 870, all 163 passengers will be able to see the eclipse through their windows as well.

Make sure you tune back in to Interesting Engineering tonight to watch the total solar eclipse or spend some time getting to know the three men on the International Space Station through the live stream at the top of this article until then.