Boston Dynamics -- the group known for its aggressively advanced robotics systems -- isn't exempt from a little blunder. Normally, the Internet jumps on fresh blood (or hydraulic fluid) spilled for the sake of a good upvote on Reddit. This robot's fail, however, went largely unnoticed despite being really, really awkward.

Earlier in the summer, CEO Marc Raibert gave a presentation at the Congress of Future Science and Technology Leaders. The expo gave even more of a spotlight to Boston Dynamics and its range of versatile bots. Boston Dynamics' Atlas robot might be the most impressive for the company. The bipedal robot went viral for its humanoid appearance and impressive body control. It uses LiDAR and stereo vision to maneuver itself around the most difficult of obstacles. The Atlas can tackle running, opening doors, slick conditions, and (normally) walking down stairs. 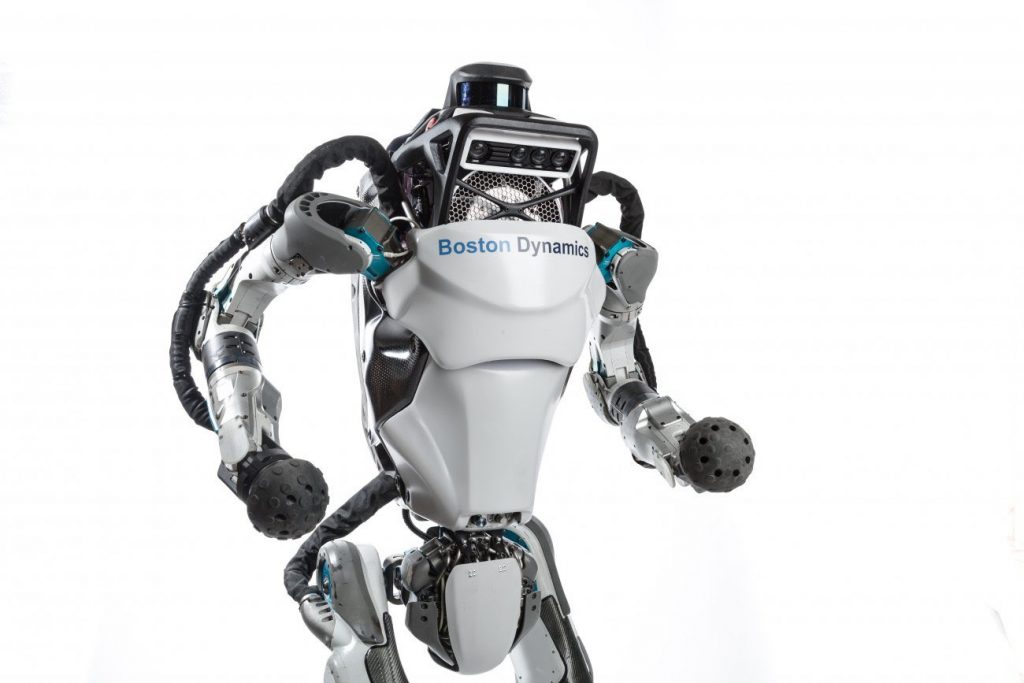 In the demo, the Atlas successfully picks up a box, moves it, and proceeds to set the box down with ease. It maintains its balance even while walking around another robot on stage.

"As I said before, if the world is simple, where everything is in a plan, it's not that interesting, and we're interested in making it to where the robot can work even when the world doesn't go as planned," Raibert said during the demo.

But this poor Atlas unit wasn't ready for an unplanned lighting cable.

You know those moments when you see another person fall? The instance plays out in slow motion, and all you can do is watch from afar. That's the general feeling in this video. Everything seemed so perfect and successful -- like a fashion model returning back down the runway, but then slipping at the last second on the hem of her dress.

As heard in the video, the crowd reacted with a rather sympathetic (if not all-together bemused) "oof" and "oh." We don't know if it's as serious as getting "wrecked" as the person behind the camera would maintain. After all, it's an embarrassing blunder but far from a robotics cage match.

Typically, videos of robotics fails go viral. Why? It could be that technophobes like seeing advanced technology fail and give some sense that robots won't actually overtake mankind one day. It could be a sense of schadenfreude as a viewer is just glad it wasn't them taking the tumble.

So why hasn't this particular video -- of a very famous robotics system no less -- gone viral? Probably because the Atlas itself is a very endearing robot. Its debut video (which garnered 22 million views on YouTube alone) shows the 1.5-meter tall robot cautiously walking through snow.

"Atlas' ability to balance while performing tasks allows it to work in a large volume while occupying only a small footprint," Boston Dynamics said of the Atlas. "... Atlas keeps its balance when jostled or pushed and can get up if it tips over."

It just can't keep its balance when it runs into tricky cables -- which might be its most human feature of all.

Make your own mini-V8 engine model with this simple guide