The discovery of one of life's most precious elements at the moon's poles could be an important next step in colonizing the lunar surface.

There's officially ice on the moon's surface, according to NASA's latest reports.

Researchers have been searching for signs of water for years. However, definitive evidence of water ice had not been found until recently.

Researchers from the University of Hawaii led by Shuai Li worked with a team from Brown University and Richard Elphic of NASA's Ames Research Center to make the breakthrough discovery. The team used NASA's Moon Mineralogy Mapper (M3) to spot specific signatures that prove there's ice on the Moon's surface. 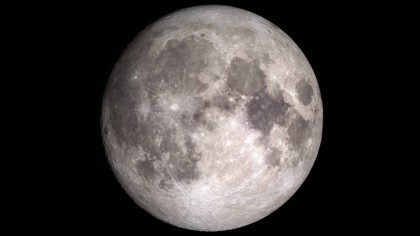 NASA Confirms Water May Be Widespread on the Moon

The discovery gives additional hope to the dream of sustaining human habitats on the moon's surface to colonize this planetary object within our reach.

"There's a need to know if there's ice on the surface in order to extract it," Angel Abbud-Madrid, director of the Center for Space Resources at the Colorado School of Mines, told Business Insider. "This is one more step closer to prospecting the moon and showing how accessible its ice is."

A History of Lunar Ice Hope

Researchers have guessed for decades that there are "cold traps" within the moon's craters. However, these super cold regions freeze water to such an extent that they might also be freezing water vapor rather than usable water ice.

Previous research had indirectly noticed possible signs of surface ice, but counter research noted those signs could've been explained by things like reflective lunar soil or other phenomena.

"Most of this water ice on the Moon lies in the shadows of craters near the poles, where the warmest temperatures never reach above -250°F," Thomas Zurbuchen, the associate administrator of NASA's Science Mission Directorate, said.

Most of this water ice on the Moon lies in the shadows of craters near the poles, where the warmest temperatures never reach above -250°F. With enough ice at the surface, water would possibly be accessible as a resource for future expeditions to explore and even stay on the Moon. https://t.co/gHFnCoe2KF

Building a Moon Colony on Water?

Water could be a critical step in sustaining human life on the moon. It would be more than just drinking water for astronauts. Splitting water into hydrogen and oxygen would be able to potentially fuel rockets from the lunar surface, saving astronauts the need to go back to earth for more fuel before additional space explorations.

"Extracting ice from the moon would be a first step in building a space economy," Abbud-Madrid said.

And with entrepreneurs like Jeff Bezos and Elon Musk clamoring for ways to set up space colonies on other planets and get off the Earth, the discovery of water ice on the moon could be a promising sign that their dreams could become a reality.

NASA researchers said they'll continue studying more of the area in the hopes of figuring out how this ice got there in the first place.