We May Soon be Charging Our Electronics With Static Electricity

The electricity that zaps your fingers on your phone or makes your hair stick to a balloon could one day power your electronics.

Static electricity is a relatively straightforward process that occurs when there is an imbalance of electric charges within or on the surface of a material. You have probably experienced it yourself as a mildly painful zap on your fingers.

This zap is due to the fact that the charge remains until it is able to go away through an electric current. But what if we could use that charge instead of deflecting it?

That is exactly what some researchers at the University of Buffalo decided to explore.

“Nearly everyone has zapped their finger on a doorknob or seen child’s hair stick to a balloon. To incorporate this energy into our electronics, we must better understand the driving forces behind it,” said James Chen, PhD, assistant professor in the Department of Mechanical and Aerospace Engineering in the School of Engineering and Applied Sciences at the University at Buffalo.

And understand it these researchers did! Their novel study found that the cause of static electricity is tiny structural changes.

Now, Chen and his partner Zayd Leseman, PhD, associate professor of mechanical and nuclear engineering at Kansas State University, are working on something called the triboelectric effect. This term refers to the phenomenon that happens when a material becomes electrically charged after contact with another material through friction. 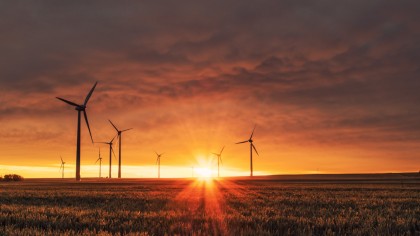 And although the triboelectric effect has been witnessed since ancient times, it took the advent of nanotechnology, the study of extremely small things, to begin to make sense of it.

“The idea our study presents directly answers this ancient mystery, and it has the potential to unify the existing theory. The numerical results are consistent with the published experimental observations,” says Chen.

The scientists are using both computer models and physical experiments to engineer what they call triboelectric nanogenerators (TENGs). TENGs are actually capable of harvesting static electricity.

The research is supported by a $400,000 National Science Foundation grant and the researchers argue the outcome of their work will lead to some pretty noble goals.

The findings could help engineer more sustainable and longer-lasting power sources. “Ultimately, this research can increase our economic security and help society by reducing our need for conventional sources of power," added Chen.

With power needs constantly growing as the world becomes more and more advanced, static electricity could become a very valuable and practical added resource of energy.

The study is published in the Journal of Electrostatics.

Physicists Stumble upon a New State of Matter