Do you have trouble waking up in the morning, and maybe you constantly oversleep on your alarms? Well, the solution is here, and it promises to not only get you out of bed each day but make you less groggy and more alert in the mornings. The Shock Clock, from Pavlok, is a little wristband that has noise, vibration, and even shock alarm capabilities. You can set your alarm each morning, and the Shock Clock will wake you up first with a vibration. If you decide you want to keep sleeping, next it will make a noise. After all that, if it's not enough to get you out of bed, the wristband will shock you awake, and you will be up after that.

This new wearable has far surpassed its goal of US$1000, raising over 165,000 dollars to date. There are 7 days left to go in the campaign, so there isn't much time left to get your hands on one of the preorders.

Seeking to solve the problem of oversleeping, this new band does exactly that. The habits formed through continuous use of the Pavlock Shock Clock also give your body added energy in the morning, and it establishes a rhythm for waking up. I don't own a Pavlock, but I did switch to waking up through vibration alarms on my smartwatch about 6 months ago. There has been such a huge difference between using loud noise alarms to gently being nudged awake by a vibration on my wrist. 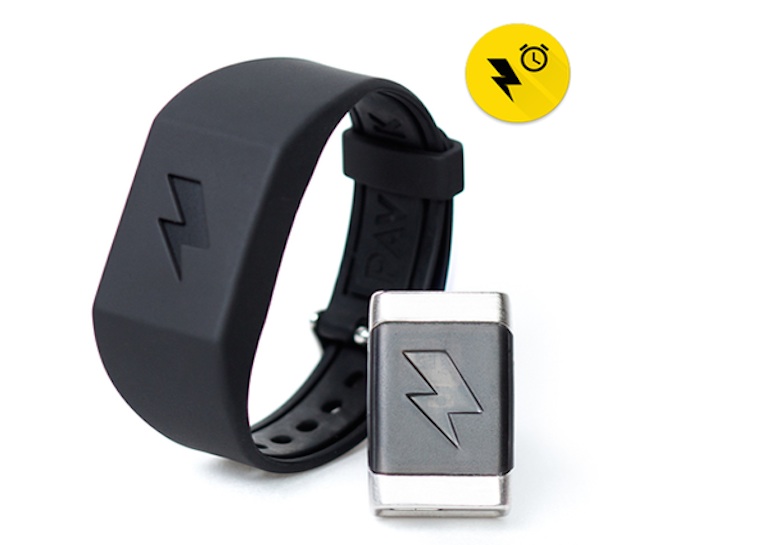 Besides the increased alertness in the morning, you may also become afraid of hitting snooze, so you will get a lot more done in your day. Something about getting shocked each morning you don't get up makes your body want to start getting up on time.

"The Pavlok Shock Clock isn't like other alarm clocks you've tried. Other alarms rely on annoying you until you give up and get out of bed – awake but now in a terrible mood because of your annoying alarm. that is NOT how you want to start your day." ~ Pavlok

The company promises to not become another crowdfunded failure, according to Entrepreneur, as there have been many companies before them that have made big promises with no fulfillment.

The only downside to the Pavlock is its price point, at US$99, it shares a similar cost to other much more functional smart watches. For example, the Pebble Time (I would highly recommend), can be purchased on Amazon for just US$120, and it has vibration alarm features as well. If you really need to be woken up in the morning, short of rigging a car battery to your bed, the Pavlok is the best way to get shocked awake. You can check it out on Indiegogo here.

SEE ALSO: These creative alarm clocks will surely get you out of bed on time