The wearables market soars as the tech constantly improves.

Wearables are loosely defined as pieces of technology that can be worn on the human body. Think heart rate monitors and smartwatches. Wearable technology has been around for a long time, but the move to embrace has been relatively slow - until now.

In fact, the International Data Corporation (IDC) says the industry grew by a staggering 31.4 percent during Q4 2018. That statistic includes more than 59.3 million wearable units shipped during the 2018 holiday season.

The rise in wearables sales can be directed correlated with the overall massive improvement in quality. Smartwatches were one of the products leading the surge.

The shipments of these popular devices grew by 54.3 percent during 2018, making up roughly 30 percent of all wearable shipments. Smartwatches have evolved a lot in recent years, and the latest Apple watch even has an inbuilt ECG monitor.

Specific data on other popular wearables like ear-worn gadgets and fitness wristbands weren’t made available but that the products accounted for 21.9 and 30 percent of the market during Q4 2018. Apple was the unsurprising brand leader of the sector, taking a year-long market share of 26.8 percent.

Samsung snuck in, settling at 5th place with a wearable market share of 6.2 percent and 10.7 million unit shipments. "Other" companies took over 38.8 percent of the market collectively, with around 66.8 million wearables shipped.

Currently, most wearables are powered by small lithium batteries that require recharging, but there is much research going into alternative power sources including body heat and sweat. 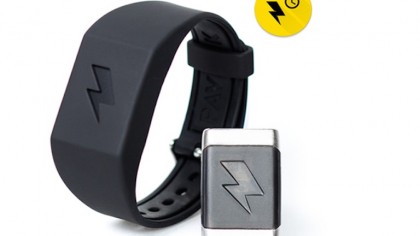 Recent research from the University of Massachusetts produced a fabric that can harvest body heat to power small wearable devices such as fitness trackers.

Materials chemist Trisha Andrew and her Ph.D. student Linden Allison developed the fabric that uses the “thermoelectric” effect that occurs when there is a difference between body temperature and ambient cooler air.

The fabric has a high electrical conductivity and a low thermal conductivity which enables it to move electrical charges from a warm region toward a cooler one using this effect while many scientists have identified the heat from a human body as a possible source of power for wearables.

Andrew says, “What we have developed is a way to inexpensively vapor-print biocompatible, flexible and lightweight polymer films made of every day, abundant materials onto cotton fabrics that have high enough thermoelectric properties to yield fairly high thermal voltage, enough to power a small device.”

There is no doubt that as wearable technology continues to get better and better so to will consumer consumption.

Nearly 9,000 People Received Saline Instead of COVID-19 Shots in Germany