Weiss Ratings has given ethereum a better score than bitcoin in its first cryptocurrency report.

Weiss Ratings has released their cryptocurrency report and ethereum has topped the class ahead of bitcoin. Ethereum came out of the rigorous rating process with a B and bitcoin just made it through with a “fair” C+. Weiss said the cryptocurrency is "encountering major network bottlenecks, causing delays and high transactions costs," which were major reasons for its low rating. It says the low score was also due to the lack of software code upgrade. "Despite intense ongoing efforts that are achieving some initial success, Bitcoin has no immediate mechanism for promptly upgrading its software code," the report stated. Ethereum's B rating was awarded mainly because the currency "benefits from more readily upgradable technology and better speed, despite some bottlenecks." None of the 74 rated cryptocurrencies received an A rating. Both ethereum and EOS received the highest score of a B.

Weiss is known for its tough stance and high standards, the 47-year old Florida based company is known to rarely give high scores and does not accept financial compensation for the companies it rates. The ratings were both welcomed and feared among the industry, with some financial experts saying the ratings are another step for the industry to be more widely accepted and understood while foreign cryptocurrency communities waited in fear for the ratings to emerge.

Weiss says they experienced severe denial attacks from Korea including several social media posts that were calling for others in the community to ignore the company's ratings as well as inciting hackers to compromise the Weiss website. Weiss says that some information was stolen from their servers and that the information is being spread in a manner that distorts the truth of the report. "Earlier commentary on social media expressed considerable fear we were about to release negative ratings on their preferred currencies," Weiss Ratings founder Martin D. Weiss said in a statement. "So this may be an attempt to thwart our release today."

Urgent consumer alert: Beware of fake cryptocurrency ratings posted on Twitter accounts and the Internet. The only true Weiss Cryptocurrency Ratings are at https://t.co/ec61TcJlDE

Weiss explained to CNBC that the report is based on research that uses a computer model to rate cryptocurrencies based on four metrics: risk, reward, technology, and fundamental aspects of adoption and security. "You can have a great technology index — all the pieces are in place for a very nice, strong currency — but unless it's actually reality-tested in the marketplace, it may not succeed, and that's what this last, fourth index tests," he said. 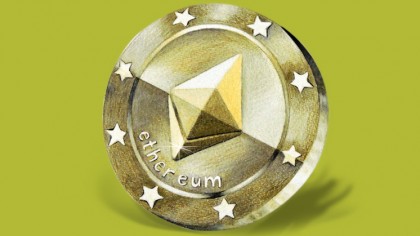 Ari Paul, chief investment officer at cryptocurrency investment firm BlockTower Capital, welcomed the ratings. "Weiss' cryptocurrency ratings are a great example of the ongoing institutionalization of the cryptocurrency industry and a healthy addition," he said. "Their rating of Bitcoin suggests a misunderstanding of the core value proposition of cryptocurrency, however, as they seem to overvalue transaction capacity, and undervalue protocol stability, security, and decentralization." Both bitcoin and ethereum made small rises in value yesterday, both coins are slowly increasing in value after a large tumble last week.