What Are Rotary Dial Phones and How Do They Work?

Rotary dial phones have long been resigned to the dustbin of tech history, but how did they work?

The rotary dial phone was once the be all and end all of the telephones. Like the cellphone of today, everybody had one, and they ruled domestic communications for decades.

But that all changed in the 1980s when they were supplanted by a new upstart, push-button telephones. Their days were numbered (pun intended).

Many born after the 1990s have likely never seen one, which is a shame. But for those who do remember, join us as we take a trip back in time in remembrance of this glorious piece of telecommunications history.

Who invented the rotary phone?

In around 1878 the first commercial telephone exchange opened for business in New Haven, Connecticut (coincidence?). As you are probably more than aware, these early days required a human operator to connect calls using patch cables. 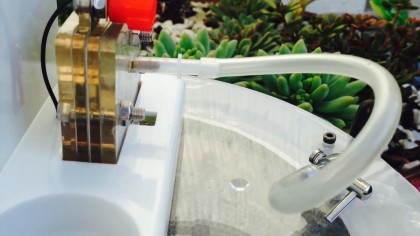 Early phone users would pick up the phone's receiver, crank a handle, and a light would flash on the operator's panel. The operator would answer, ask for the destination of the call and 'patch' them through.

As you can imagine, this was far from an efficient system. But the lack of technological alternatives meant this became the norm for many decades.

During the war, military and emergency services always had priority of this network. This meant civilians might have to wait as much as 2 hours to be connected.

After this, it soon became apparent that there was a  need for some form of user input for phone numbers. A way had to be found to literally cut out the middleman (or more likely woman).

Inventors soon picked up on the potential for this and from 1879.  Patents for systems flooded in. At this time several, 26 in fact, patents were filed for various dial and push-button telephones.

All of these turned out to be either too impractical to use of expensive to manufacture. The first true rotary phone appeared in 1892 and was installed in La Porte, Indiana.

This rotary dial phone was built around Almon Brown Strowger's 1891 patent design. These early rotary phones used lugs on the finger plate rather than the more recognizable holes that came later.

By 1919 companies like the American Bell Company began to roll out national service for rotary dial telephones. Their golden age was about to begin.

How do you use a rotary phone?

Apart from the basic working of telephone technology in general, the rotary dial component is actually both complex and simple. For the user, the operation of the phone was pretty intuitive.

Well, we say intuitive. But you should never underestimate the naivety of youth.

If you have never seen one, each rotary phone had a prominent disc, or dial, on the front. They could either be made from plastic or metal or any combination of the two.

While designs did vary, most were around 7.5 cm in diameter with a total of ten holes around the inside edge of the dial. These holes needed to be large enough for a user's fingertip to be inserted.

Each of the holes corresponds to a number, and in some cases letters, from 0-9. In most cases, like in America, the letters ABC were associated with the number 2, DEF with 3, GHI with 4, JKL with 5, MNO with 6, PRS with 7, TUV with 8 and WXY with 9.

In case you're wondering we didn't miss out the letter Q, it was never usually there.  Z, if present, was often included on the zero dial hole.

The order of the numbers also varied too. The usual form was from 1-9 followed by zero as the first digit at the dial's start position. Other less common forms included 0-9, 9-0 or, indeed, 0 followed by 9-1.

To dial a number the user would insert their finger into the number required. The deal would then be rotated around until they hit the finger stopper and would hear a soft clicking noise.

After removing their finger, the dial would return to its starting position ready for the next number's input under spring action.

In most cases, dialing zero took the longest time to complete as it was usually the furthest from the finger stopper.

Unlike push button and modern phones, rotary phones did not have any form of redial function. The user would need to enter the entire phone number each time the phone was used.

How did the rotary dial phone actually work?

While the actual use of a rotary dial phone is pretty straightforward, the gubbins was pretty complicated. In a fundemental sense, as each number was dialed the electromechanical system underneath it all would record many electrical pulses made as the dial returned to its starting position.

A centrifugal governor would ensure that the dial's rotation was moderated at a constant rate. The shaft of which turned a cam that opened and closed a switch contact.

If the contact is open, the line’s current is stopped from flowing, thereby creating a dial pulse, while when closed, there is a constant flow of current.

These pulses were then sent to an electromechanical switching office where the pulses were recorded. This would then be decoded to identify the number dialed by the user at the end and eventually connect the call.

So, by way of example, if you'd dialed the number 2, depending on the dial configuration, the switch would send out two pulses to the switching office. If you'd dialed 9, 9 pulses would be sent and so on.

Interestingly this was not a universal standard. Different countries would use different pulse systems.

Sweden, for example, used a single pulse to represent the number zero and 10 for the number 9. New Zealand used a far more complicated method whereby the number would be represented by ten pulses minus the number desired - so if you dialed 7 it would send 3 electrical pulses.

When did rotary phones become obsolete?

After their widespread adoption in the early 1900s, the rotary dial phone was the de facto telephone the world over. They became a part of everyday life and would even influence the English lexicon.

Terms like "dialing," which is still in common parlance today, can owe its existence to this venerable old technology. But their heyday wouldn't last forever.

In the 1960s and 1970s, push button tone dial phones were introduced for the first time. Early models even used the same rotary dial signaling on the PABX but used buttons as the input.

This was first introduced in the early 1960s and the 1962 World's Fair under the trade name "Touch-Tone." By the 1980s most rotary phones were being phased out in favor of this new upstart.

If you have an old rotary dial phone lying around the house or fancy adding a touch of retro-tech to your home, you might have wondered if it might actually work today? The answer might actually surprise you, though it does depend on your service provider.

One Verizon Wireless worker does offer a quick way to check if it's a viable option.

“To test if a rotary dial would work, try dialing a number that has a 1 in it. For example, to dial 371–4000, dial 3 and then 7 using the push buttons but hang up the phone one time quickly to “dial” the 1 and then dial the rest of the number using the push buttons. If this works, you have proven that a rotary phone will work.” - David Trower via Quora.

Great news. Rotary phones also have some benefits over their more modern counterparts.

It seems that they would prove invaluable during a power cut. According to another Quora user, Talmort O'Dole, these old phones should still work.

"Yup, I have one, and it’s great for when the power goes out, it can still make phone calls. You won’t be able to use it if you need to press numbers or the pound sign, and I’m not sure how they deal with extensions, but for necessary phone calls, they should work.

Now, there are some old phones, the kind with the ‘hose’ type attachment that I don’t believe is compatible with anything modern."

But of course, as with any advice, you should always contact your service provider to check before purchasing one. Unless you are not bothered about whether it will work or not of course - they are quite attractive ornaments after all.