What the Heck is a Catalytic Converter?

Catalytic converter, it is a term you hear a lot if you’ve ever hung out with ‘car dudes’ or had any problems with your car’s exhaust. But what exactly is a catalytic converter? Keep reading for all the ins and outs on this elusive and essential car component.

In the 1970’s when the world started realizing that cars were contributing huge amounts of pollution via their exhaust, catalytic converters became compulsory in most countries.

While on the outside it looks much like the rest of the exhaust system, the catalytic converter plays an essential role in reducing polluting emissions created by the internal combustion in your engine.

The catalytic converter changes the chemical makeup of the exhaust gases as it passes through a honeycomb shaped material inside a metal chamber. The material inside is made of a ceramic-based composite, lined with precious metals. Each metal contributes towards the reduction of emissions.

The three catalysts are platinum, rhodium, and palladium. They accelerate the chemical process that reduces the noxious gases carbon monoxide and hydrocarbons. The honeycomb layout is designed to maximize the surface area of the catalyst chemicals which are extremely valuable and expensive. This makes catalytic converters the prize in many automobile thefts.

Remove at your own peril!

Some speed-freak drivers may be tempted to remove the catalytic converter from their car as it may give a slight increase in performance. It's even mentioned in car-based movies and TV shows. (Looking at you, Fast and Furious franchise.) However, if you live in an area with controlled automobile checks, your car will definitely not pass its inspections. It is absolutely required to have a catalytic converter in most places around the world. They not only reduce emissions, they also serve to reduce noise in congested cities.

Having your catalytic converter replaced is in the top five maintenance jobs for car owners. Most converters will last for around 160,000 kilometers (100,000 miles) before needing to be replaced. Bad odors, poor fuel efficiency or performance can be the indicators you need a replacement but always get your qualified mechanic to give you a full report before doing any DIY car maintenance.

The catalytic converter was invented by the French engineer Eugene Houdry for the use in smoke stacks, but it only became common in consumer vehicles after 1975 in an effort to reduce pollution caused by exhaust.

This relatively old technology is constantly being improved. Researchers have been looking to better the performance of catalytic converters for over a decade. In 2010, a team from Washington Univesity in St. Louis used platinum nanoparticles to boost the porousness of the converter's rhodium. The latest research by scientists from the University of Wollongong, Australia and car manufacturers in Japan have found a way to make the rhodium used in catalytic converters porous. Making it porous means it has more surface areas and thus make it more effective. 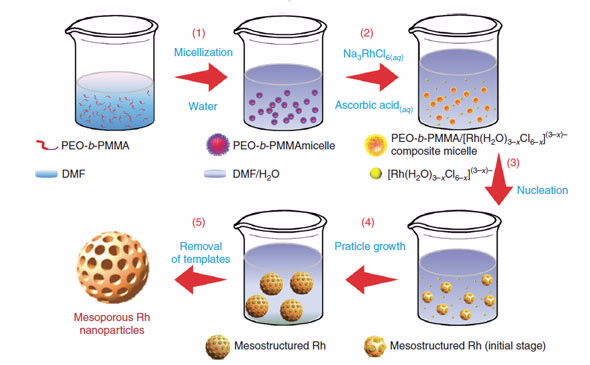 Reducing the emissions from car exhaust is essential everywhere. However, it holds bigger importance in countries already struggling with pollution. In India, almost a million people die annually from respiratory diseases related to air pollution. This is part of the push for India to adopt legislation that will see only Electric cars on the road from 2030.