The work of a team of researchers from Oxford University is a big boost to astrobiology with its Darwinian approach to extraterrestrial life, offering fresh perspectives.

The subject of aliens—from how they look to what aspects of life on our planet they would find of interest—has occupied popular culture for decades. Despite the obsessions with this topic that have come and gone over the years, serious discussions about the subject in the scientific community are relatively rare. 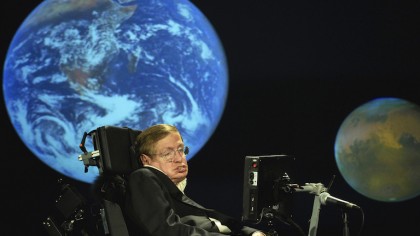 A team of researchers from the University of Oxford, however, have taken a completely different approach to the subject, employing natural selection theories as a predictor of the function and morphology of extra-terrestrial organisms. The findings from the study, titled “Darwin’s aliens”, was published in this month’s International Journal of Astrobiology.

"Past approaches in the field of astrobiology have been largely mechanistic, taking what we see on Earth, and what we know about chemistry, geology, and physics to make predictions about aliens," says researcher Sam Levin.

Avoiding this dated framework of comparison, Levin believes, will also help scientists in studying life forms that do not fit current models of understanding: "This is a useful approach, because theoretical predictions will apply to aliens that are silicon based, do not have DNA, and breathe nitrogen, for example."

The team also made sketches that reflect their predictions about the complex aliens’ biological composition, providing details about structure and appearance. Though not definitive, they are a step in the direction of making the image of extraterrestrial organisms that much clearer.

"We still can't say whether aliens will walk on two legs or have big green eyes," says Levin. "But we believe evolutionary theory offers a unique additional tool for trying to understand what aliens will be like, and we have shown some examples of the kinds of strong predictions we can make with it." This translates to a more holistic approach, in terms of making evolutionary predictions on both our planet as well as on others.

"We still can't say whether aliens will walk on two legs or have big green eyes."

And though the argument can be made that an evolutionary approach is not new, the acceptance of some approaches requires a shift in the body of literature supporting them. In this sense, the study is a very important contribution:

"At each level of the organism there will be mechanisms in place to eliminate conflict, maintain cooperation, and keep the organism functioning," says Levin. "We can even offer some examples of what these mechanisms will be." Though this study does not answer any questions, it does complicate the picture about the very question of what is life.

“Defining life is a non-standard practice for biologists... mainly due to the fact that biologists can make fruitful research without this definition, astrobiology... makes the problem complicated.” The evolutionary angle seems a fresh departure point for discussing this definition in a more comprehensive way.

The significance of what we have here, in terms of the team’s study, is an approach that will provide fresh perspectives towards legitimizing the field of astrobiology. Indeed, new perspectives seem long overdue.