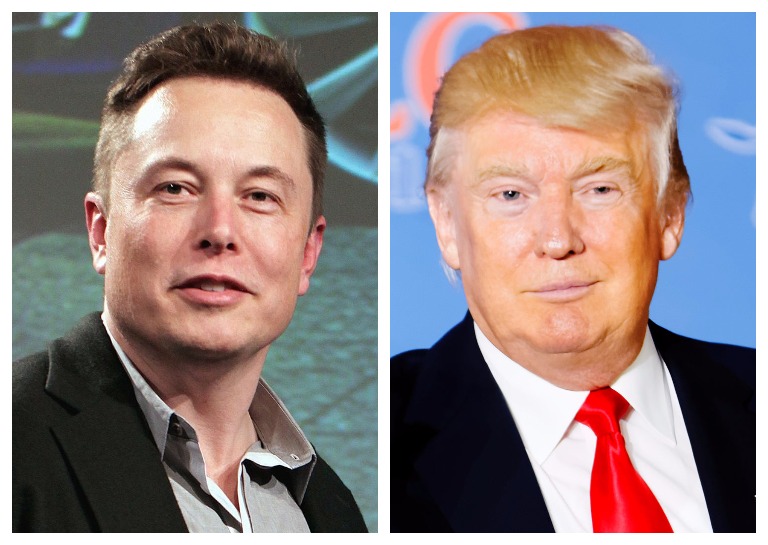 The addition of another CEO shouldn't surprise anyone, as the president-elect seems content with surrounding himself with a cadre of like-minded millionaires. Trump also seems to be meeting with nearly everyone - be it friend or frenemy - who he thinks can help give some level of 'normalcy' and stabilize the whirlwind of post-election controversy. Musk's invitation to the advisory board also makes a lot more sense than Kanye West's recent discussion at Trump Tower.

However, the surprise comes between ideological differences rather than salary differences. Musk and the Tesla team recently acquired the SolarCity company. Musk noted he wants SolarCity and solar panels to become the norm rather than an expensive addition. The Tesla CEO remains an outspoken advocate for engineering alternative fuel sources and urging politicians to take climate change seriously. Most of Trump's cabinet, on the other hand, doesn't see it as a problem. The president-elect also infamously tweeted the Chinese created climate change as a hoax. (That tweet and a potential erosion of support toward international environmental goals were heavily discussed at this year's UN climate change meeting.)

Musk even admitted hesitations publicly. In a Nov. 4 interview with CNBC, Musk said "I think a bit stronger that he [Trump] is probably not the right guy... He doesn't seem to have the sort of character that reflects well on the United States."

"I also don't think this was the finest moment in our democracy in general, but so it goes," Musk added.

In the same interview, Musk said Democratic nominee Hillary Clinton's economic and environmental policies seemed to be the right ones, but he doesn't think Trump's election will significantly affect Tesla as a company.

In a statement made Wednesday, Trump said:

"America has the most innovative and vibrant companies in the world, and the pioneering CEOs joining this Forum today are at the top of their fields. My administration is going to work together with the private sector to improve the business climate and make it attractive for firms to create new jobs across the United States from Silicon Valley to the heartland."

While no one questions the business successes and acumen of Trump's advisory board, people wonder how having billionaires shaping policy could affect the nation. The concern grew after Trump appointed Chairman and CEO of ExxonMobil Rex Tillerson to the position of Secretary of State. Tillerson, for all his international negotiations, has no experience in the public sector. He started at ExxonMobil in 1975 and climbed the company's corporate ladder to CEO.

And with Tillerson's appointment fresh on the public's mind, we wonder what power - if any - Musk could have as an advisor. As an aggressive businessman and progressive innovator, Musk could sway the president-elect to rethink his strategy on climate change.