There is new tech on the market or currently in development that could make you the next Tony Stark.

There is something about Robert Downey Jr. portrayals of Tony Stark that is so damn cool. Sure, if you have been a longtime Marvel comics fan, you have shared a love-hate relationship with the character. Yet, Tony Stark on the big screen is something different.

Along with his hilarious comments and technology action-packed scenes, Robert Downey Jr adds a level of subtle charm and charisma that is absent from the different iterations of Stark found in the comics. Not to mention, Robert Downey Jr. has had an elevated level of untouched finesse to the engineering profession, not seen on the big screen for a while.

Watching the Marvel Cinematic Universe’s Tony Stark, you probably fantasized about owning your own Iron Man suit. Even more so, you have probably enjoyed the evolution of the armor over the past decade, seeing Tony Stark update the armor with new impressive technology with each new movie. So, your next logical question is that in 2020, or within the next five years, could humans create a functioning Iron Man suit?

Yes and no. As you are probably aware, Stark has owned multiple suits throughout the Marvel Movies and in the comics. If you wanted to build something similar to the Mark I that appeared in the first Iron Man, it would be possible. 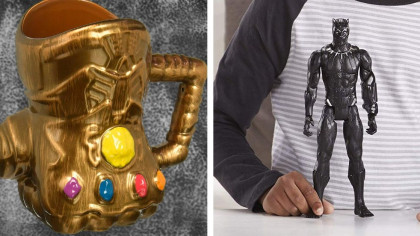 In fact, Adam Savage and his team put together an epic functioning Iron Man suit just last year, with all the basic functions of the Mark I. However, if you want to create something closely resembling or that functions like the bleed edge armor, you are going to have a bad time.

Hey, did you guys know my new show, #SavageBuilds, premieres ONE WEEK FROM FRIDAY at 10p E/P on @discovery? Yes! It'll be right after @BattleBots on Friday, June 14? I'm SO EXCITED FOR YOU GUYS TO SEE IT!

Today we are going to look at the various technologies included in Marvel Cinematic Universe’s Iron Man and see if it would be possible to create your own Iron Man Suit just in case a massive alien race decides to invade this year after the Coronavirus disappears and the Avengers initiative is started up. For the case of this article, we are going to call your own personal Iron Man Armor the Mark XIE.

Building the basic exoskeleton for your Mark XIE

We should start with a basic exoskeleton to get us started as the Mark I was just an exoskeleton with limited armor. Exoskeleton should allow you to increase your mobility and overall strength. The good news is that there are multiple different companies out there creating exoskeletons for military purposes and even for the workplace.

Leading Universities like the University of California Berkeley are hard at work, creating various exoskeleton technologies for everyday people and the military. We are going to focus on their HULC project (ironic right?), or Human Universal Load Carrier.

Nevertheless, we have a lot of options to choose from, though they are a little clunky and bulky, over time they could become sleeker.

As mentioned above, the exoskeleton industry is innovating quickly with uses beyond just the military. Areas of work that use physical exertion to help reduce workplace injuries and even eventually increase production are starting to embrace exoskeleton technology.

Ford is even incorporating exoskeletons into the factories, giving them too workers, helping them eliminate fatigue. Ok, so we have our exoskeleton.

One of the joys of watching Tony Stark on the big screen is seeing him interact with Jarvis and eventually F.R.I.D.A.Y. However, aside from the witty comments, these artificial intelligence systems serve a very specific purpose. Fully connected to almost every piece of technology that Tony owns, these A.I. systems are always analyzing the current situation, anticipating Stark’s or a villain's next move.

Siri, in this situation, is not going to cut it. If anything, the artificial intelligence used in the movie can be classified as artificial general intelligence or AI that can think on its own, and that is on par with a human.

We are not here yet. The AI that exists in the world today is that of Artificial Narrow Intelligence. This AI is limited to our programming and commands. Though it is powerful and can be used for a host of impressive things, do not expect to have a fully engaging conversation with Siri.

Nevertheless, the AI available now could be used to enhance your armor, build better technology, and help you in combat. Sadly, artificial general intelligence could be decades away; you are going to have to wait.

You are going to want to keep your armor connected

Tony is always one step ahead of everyone, almost annoyingly so. Just like Stark, you are going to need to find a way to be consistently connected to the world around you, analyzing massive amounts of data in real-time using your AI to predict potential threats and issues if you truly want to make this superhero thing work.

Enter the IoT and internet of things. Already in use in smart homes and cities around the world, the IoT will create a more connected world and smarter cities, creating living and breathing ecosystems driven by real-time data. For example, cities like Amsterdam and Singapore are using the IoT to create greener cities by analyzing energy use in real-time and adjusting, respectively.

The IoT has yet to fully evolve and manifest itself in society. However, the coming age of 5G networks could change that, allowing the IoT to reach its full potential. When this happens, you could keep your Mark XIE always connected to the city around you, ready to go if aliens decided to take over your neighborhood.

This is where things start to get very tricky. Currently, you can not walk down to the store and pick up an arc reactor. The technology does not exist yet. However, some scientists have gone about theorizing how the process could work. Tony Stark’s Alma Mater has plans for creating a real ARC fusion reactor. The plans are still very much in the early stages. Standing for affordable, robust, compact, the ARC uses “magnetic fields to contain plasma at a high enough temperature (tens to hundreds of millions of degrees Celsius) to maintain the conditions necessary for fusion.

The prototype would be a 270 MWe power plant able to power 100,000 homes. Do not get too excited yet. It could be another five years before we see a technology like this and probably decades more before we can get something small enough to fit into your Mark XIE suit.

You are going to want to fly

We do have some good news. You will be able to fly in your Mark XIE, and there are a lot of great options out there, even if they are not as fancy or sleek as Iron Man’s thrusters. Dubbed the Iron Man Suit, the luxury good store Selfridges is offering wealthier buyers the opportunity to buy an Iron Man Suit like jet pack for the price of about $450k.

In fact, it was the same Richard Browning created the jetpack system that Adam Savage used for the creation of his Iron Man armor. However, if you want something with wings, you should definitely check out the Jetman and his Jetwing.

The Jetwing can travel at a maximum speed of 220 KTS, is able to hover, and has a top altitude of 6,100 meters.

You are going to need to have some great armor

So, what will your armor be made of? You need to create something that can take a lot of hits and maybe even repair itself after getting damaged in battle. The armor can not be too heavy as it could injure you, and if it is too light, it could leave you wide open to attacks.

We could look to the future and use carbon nanotubes to build the ultimate body armor, but the process of creating them is difficult, pricey, and not ready to be used for protective armor. The best thing to do is to create titanium armor. Be Amazed has recommended using titanium panels with an extremely soft material under it to absorb shocks.

Nitinol is one another potential metal that could be used and is most likely the best place. The combination of nickel and titanium is a real metal that is flexible, strong, stable, and that has the special ability to recover after being damaged.

Now, your armor may not look like Tony Stark’s right now, but it is still impressive. In the next decade, expect to see a host of technologies that would make Stark himself proud.

Unfortunately, though, we will not be creating anything similar to the bleeding edge armor with its nanotechnology armor that can create weapons on command. However, we are taking the right steps. Hopefully, we have at least a Mark II suit ready before we are visited by Thanos.

How to Build Your Very Own Multifunctional Footstool

How to Make Your Own Joiner's Wooden Mallet

How to Make Your Own Decorative Bathroom Vanity

Here Is How to Build Your Own Outdoor Sink Unit