Not too long ago, all we heard from the once leading phone company, Nokia, was that they were about to relaunch the iconic 3310 model.

SEE ALSO: THE NEW NOKIA 3310 IS OFFICIALLY BACK AND SO IS THE SNAKE!

But it turns out that nostalgia is not the only direction; the HMD-owned brand is interested in. At the Mobile World Congress 2019, in Barcelona, Nokia unveiled a new flagship model what might steal mobile photo geeks away from choosing iPhone X, Google Pixel, or Huawei’s camera-oriented comet, the Mate 20 Pro.

The growing number of cameras on the back of our smartphones is not a new thing; all the leading manufacturers have more than one. Although the shocking five cameras placed on the back of the Nokia 9 PureView changes everything we knew about mobile photography.

The reason behind installing multiple cameras is usually to cover a wide range of focal lengths, giving the user the feeling of having a zoom-lens attached to their phones.

What is unique in the Nokia 9 PureView is that there is two color image sensors, each of them with a resolution of 12 megapixels, and three black-and-white sensors with the same 12 megapixels each with an f1.8 maximum aperture.

The phone takes a shot simultaneously with all five of its cameras then the image processing unit puts them together into one high-resolution image.

The results make you forget your DSLR at home

Nokia claims to capture ten times more light than most of its contenders with the unique combination of the five sensors. That results in less noisy images crisping in from of our eyes with crystal clear sharpness and tons of dynamic range. 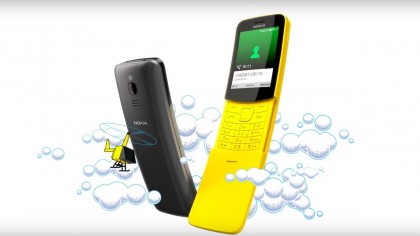 The 9 PureView has the capability to shoot in RAW format, giving the user all the data to process and adjust in post-production, just like professional cameras do. So instead of the limited and already ‘optimized’ JPEG, enthusiasts can tinker with the large, 30MB files.

That won't challenge the hardware developers have packed under the five cameras and the 5.9-inch screen on the other side: there is an octa-core processor and 6GB of RAM to ensure that editing those large files wouldn’t be a rough cut.

In addition to all that, combining data coming from five sensors creates extremely detailed depth maps, thus will mimic bokeh in an unseen level. Bokeh stands for the blur effect when the parts of the image that are not in focus look washed, caused by the small depth of field. Again that is a feature Nokia borrows from pro-industry.

Of course, there has to be a built-in monochrome mode, but not only that, Nokia's ‘Pro Camera UI’ will actually make you feel shooting with one of today’s professional camera.

It seems that Nokia is just awakening from a long sleep, but the innovation they managed to pack in this new device reminds us that the phone company is far from sleepy.

'Drunk Mode' for Smartphones Could Save You From Yourself