What Happens When a Meteorite Hits a House?

The occupants of a house in Uruguay were lucky to escape the space rock.

Imagine coming home to find a hole in your roof and a mysterious black rock sitting on your couch. For one unsuspecting family in Uruguay, this became a reality back in September of 2015.

SEE ALSO: WHY DID THE METEORS AT CHELYABINSK AND THE TUNGUSKA EVENT EXPLODE?

The unlucky family home had taken a direct hit from a space rock or meteorite. Further investigations would reveal this was the first confirmed meteorite in Uruguay. The rare occurrence sparked the interest of local researchers who have just published a paper on the event.

The paper goes into cheerful detail about the night of the meteorite event.

“In the night of September 18, a young lady was alone in her family house in the Lavagna neighborhood, in the city of San Carlos, Department of Maldonado, Uruguay. The next morning, she saw the light in her parents' room, even though the windows were closed and the lights were off. The sunlight came in from a hole in the roof. A dark rock was found a meter from the bed.”

The meteorite had smashed through the asbestos roof and suspended timber ceiling. On impact, a small shard had chipped off and damaged a nearby TV set.

The authors of the paper explain that the meteorite itself was pretty standard. Classified as belonging to the LL6 Chondrite family, the most common group of meteorites on Earth.

It is however rare in that it is classed as a ‘damaging fall’ meteorite - that is a meteorite that damages human-made objects or people on landing. 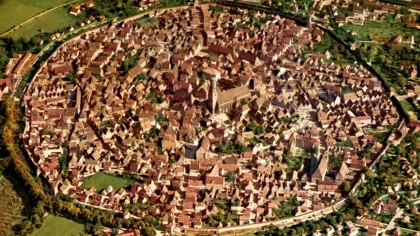 No humans have ever been killed by a meteorite; most tend to land in the ocean or unpopulated areas. There is only one incident where a human has been directly hit, and that was way back in 1954 when a rock from space crashed through the roof of Ann Hodges, a local resident of Alabama, USA.

Meteorites are space rocks that make an impact with earth, if they don’t make it that far they are known as meteors. It is actually these space rocks that have probably caused more damage when they explode close to the Earth's surface than the rare few that have actually landed close to people. One of the most well-known meteor events was the Chelyabinsk meteor.

It exploded above the Russian city of Chelyabinsk on February 15, 2014. It was 20 meters across and speeding at 19 kilometers per second. The explosion occurred about 30 kilometers above the city with up to 30 times the energy of the Hiroshima atomic bomb.

The shockwave that followed injured more than 1500 people and damaged a huge number of the city’s buildings.

A less talked about, but the powerful event occurred on June 30, 1908, when a meteor exploded over a sparsely populated area of Russia. The energy of the explosion was equivalent to 1,000 Hiroshima atomic bombs which flattened a 2,000 square kilometer area.

The Uruguayan meteorite has been named the San Carlos Meteorite. Its researchers sawed off one of the corners of the rock, this sample was then sliced into thin sections which were polished for further examinations.

The authors conclude that damaging fall meteorite events are on the rise. But their frequency is still very low, with just ∼1.8 reports per year.