The freshwater resources are depleting with each passing day. Can we combat this crisis?

Isn't it ironic to find that, though our Earth is covered with 70% of water, there is still no accessibility of enough clean water?

Yes, that's true as there are millions of people across the globe that don't have access to water, and even if they do, the water is not pure.

You can see this clearly from the reports of WWF that state that globally around 1.1 billion people have no access to water while around 2.7 billion people face the issue of scarce water for at least one month of the year.

This basic need is not just limited to drinking. We wash with it, we use it for our crops and plantations, we hydrate our livestock, and we power our electricity! That's not the end.

We rely on it for a multitude of other applications. But, have you ever thought of a situation where Earth runs out of water? What will happen?

Here are some of the crucial effects that we will observe with water scarcity:

How Can the World Get Affected Due to Water Scarcity?

No access to clean water will make the population exposed to deadly water-borne illnesses. The global population is growing while the water resources are shrinking every year, which means, an increasing number of people will face challenges of inadequate water accessibility.

There are some serious consequences attached to Earth running out of the water. There are various live examples like California's Imperial Valley, where the rapid groundwater depletion has caused the ground to dig in more by around 100 feet in the past 100 years.

The environmental scientists have predicted that the sinking terrain (due to the extraction of groundwater) can lead to increased risk of earthquakes as Earth's crust is becoming lighter day by day.

The shrinking water resources are gradually making it difficult for food production to keep up with the increasing demand. If this scenario remains, the day is not far when political turmoil, civil war, and social unrest will result due to food shortages.

With modernization, the need for energy has increased up to a great extent. However, energy production requires freshwater resources. So, there are good chances of the world facing an energy shortage if there's no required arrangement done in the future.

The UN has estimated that half of the world's population will shift to the areas of high water stress by 2030. It is next to impossible to have a booming economy if fresh water is unavailable for farming, industrial as well as individual use.

The production of water-intensive goods like food, car, and clothing could turn out to be limited. It can further affect productivity due to increased illness.

Lastly, it can also reduce household disposable income due to increased water costs.

The effects of worldwide water depletion will turn out to be appalling for global citizens. The World Bank Vice President, Ismail Serageldin once predicted that the next century wars will be fought over water.

The conflicts have already begun in the USA where 35 states are fighting over water supplies.

Predicting these issues to happen soon in the near future, Essam Heggy, a research scientist and a part of USC Viterbi's Arid Climate Water Research Centre finds an emerging need for more water education across the globe.

He has conducted the study of different countries and the consequences that the people will be facing because of water scarcity.

It started with Egypt - a country where more than 100 million people reside and have a high illiteracy rate. What if it runs out of water?

The impact on food availability and prices will be seen in a jiffy. The health and environmental conditions will worsen even more. 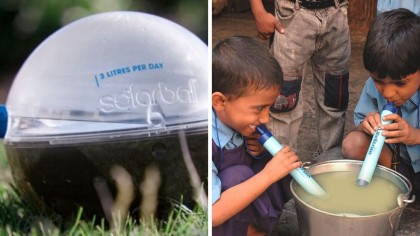 Another research done by him was recently published in the volume of the journal Global Environmental Change in November 2018. The study includes an in-depth analysis of the forecasted water budget deficit along with the groundwater depletion rates for the majority of the countries in the Arabian Peninsula and North Africa.

According to him, Egypt, Yemen, and Libya are the three countries that are at risk as their GDPs simply cannot handle the economic impact of inevitable water shortage.

Not only these countries but when we talk about Brazil, the Cantareira water system that supplies water to more than 10 million people in the Sao Paulo metro area is almost empty by 75%. The water shortage has compelled many companies to move their production elsewhere.

In the case of Iran - the single largest lake of the Middle East, Lake Urmia has dried up. It is technologically protected by the Iranian Department of Environment, but the severe drought has gulped in the massive salt-water body.

Countries like India, China, and the United States are also no different as they too are facing their share of water shortage.

Heggy believes that the reason behind this grave issue of water is mainly due to human water mismanagement. He wants to make water science a field - wherein, investing in human elements i.e., charity programs and relief efforts can help the cause.

The other worldwide experts have come together to think and come up with some lucrative solutions to fight against the global freshwater crisis.

Have a look at them!

Ways That Can Contribute to Fighting Water Scarcity

Overcoming the issue of water scarcity is indeed imperative. Heggy says that if a country faces a drought-like situation, having no accessible water for two consecutive years, then there will be a serious question mark on the survival of the inhabitants.

Either they will migrate or will give a tough fight to survive. Isn't it wise then to make conscious efforts towards saving the clean water from today itself? Think!