Not big enough to be a brown dwarf and substantially bigger than Earth, billions of these celestial nomads wander the galaxy, but what is a Rogue Planet, exactly?

It was recently announced that as many as 50 billion rogue planets might be wandering around the galaxy in interstellar space, free of the orbit generating pull of a host star. For most of human astronomy, planets have necessarily been bound within our own solar system and it’s only been within the past twenty-five years that we have been able to detect planets orbiting other stars at all, so the idea of a rogue planet is especially, well, alien.

In 2003, the International Astronomical Union (IAU)—the same authority that demoted Pluto to its current dwarf-planet status—declared that planetary-sized bodies that do not orbit a star should be called “sub-brown dwarfs”.

Brown dwarfs, objects about 13 to 80 times the mass of Jupiter but less than that of the smallest stars, are often thought of as failed stars that cannot achieve the nuclear fusion of hydrogen to helium in their cores, a necessary step to becoming an actual star.

Sub-brown dwarfs then, or rogue planets as they’re commonly known, are objects in interstellar space between 3 times the size of Earth to 12 times the size of Jupiter that have broken free of their parent star, but that only scratches the surface.

These bodies move without orbit through space and have been the source of considerable speculation and even the objects of fascination by various doomsday cults, i.e. the Niburi Cataclysm.

While a rogue planet traversing our solar system isn’t out of the question—there are theories that the current Planet Nine (or Planet Ten for us Pluto die-hards) might have been a rogue planet that was captured by our Sun’s gravity well—, if one has made a substantial crossing through our solar system in the last billion years or so, we probably wouldn’t be here to speculate. The gravitational disruption it would cause would be enough to disrupt the orbits of all the planets in its path, causing all kinds of disruptions to our climate, possibly knocking us out of our Goldilocks orbit around the Sun.

There Could Be Billions of Rogue Planets Out There

Various studies have been used to determine the number of rogue planets that might be out there in the galaxy.

The problem is that rogue planets, on their own, don’t give off any light. Without a star’s light to reflect, astronomers have to find other ways to spot these wandering celestial masses.

Recently, researchers used microlensing to identify rogue planets as they passed in front of the light from distant stars. In 2011, the Microlensing Observation in Astrophysics survey published a paper that made a staggering claim: there could be two rogue planets for every star in the galaxy. With an estimated 200-400 billion stars in the galaxy, this would mean 400-800 billion rogue planets flying through interstellar space.

“Very few of us in the microlensing field believed the original MOA results, simply because they were so difficult to reconcile with other observations and theory,” says Ohio State University astronomer Scott Gaudi. “But it was hard to know what was causing the apparent excess of events.”

A more recent survey has produced results more in line with other observations. Using the same microlensing technique, researchers used the data they collected from over 6 years of observation of nearly 50 million stars, the recent paper indicated that there might be as many as one Jupiter sized rogue planet for every four stars in the galaxy. That would mean there could be as many as 100-200 billion Jupiter-sized rogue planets flying through interstellar space.

“Our new microlensing observations are in agreement with theoretical expectations on the frequency of free-floating Jupiters, and with infrared surveys for planetary-mass objects in star-forming regions,” says Przemek Mróz, an astronomer at the University of Warsaw Observatory in Poland and a lead author of the microlensing study. “We found that Jupiter-mass planets are at least 10 times less frequent than previously thought.”

Most recently, astronomers at the University of Lieden in the Netherlands published their results from a simulation of 1500 stars in the Orion Trapezium to refine that number further.

Simulating 2522 planets orbiting 500 of these stars, they determined that 357 of these stars broke free of their parent star’s gravity within the first 11 million years of evolution. “Of these,” University of Lieden astronomer Simon Portegies Zwart told Forbes last week, “281 leave the cluster, others remain bound to the cluster as free-floating intra-cluster planets.”

Portegies Zwart estimates that, given a conservative 200 billion star galaxy model, about a quarter of those stars have lost one or more planets.

How Does a Planet Go Rogue?

How did these planets break free of their stars? 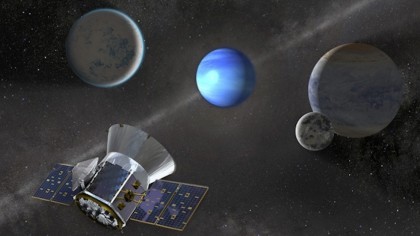 In many of the cases in Portegies Zwart’s model where a star loses at least one planet, planets tended to have more inclined orbits. Further, “Collisions among planets and between planets and their host star are common,” he said. “This happens in more than 3 percent of planetary systems.”

Other events that disturb the gravitational stability of a solar system can also knock loose a planet or two. In a lot of active stellar nurseries, stars can pass close enough to one another that their gravity well can disturb the orbits of another star’s planets, possibly enough so that a planet slingshots itself out of its parent star’s orbit entirely.

Ultimately, there is still a lot that we don’t know about rogue planets, so much of this is still conjecture, but as astronomers look at these planetary nomads more and more, we’re finding that rogue planets offer real insight into the stars that once hosted them and how the planets in our solar system may have once evolved.