The 1987 Montreal Protocol, the first environmental treaty to receive worldwide support to legally enforce the phasing out of ozone-depleting chemicals, is trying to save the ozone shield. Is it succeeding? 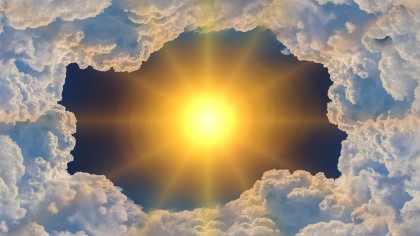 Banned Ozone-Destroying Gas Back on the Rise, Warn Scientists

The Montreal Protocol was agreed in 1987 and implemented two years later.

The Montreal Protocol is a landmark international agreement conceived as a measurement to protect planet Earth's ozone layer. It is also the first environmental treaty to receive worldwide support.

The Montreal Protocol has legally enforced the phasing out of ozone-depleting chemicals that damage the protective ozone layer.

But how does our ozone shield protect us, how did we first realize it was in danger, what have managed to achieve since then, and how can we continue to protect it? We answer all these questions and more.

When was the ozone hole discovered?

In 1974, researchers discovered that chlorofluorocarbons (CFCs) deplete the ozone layer. The ozone layer protects the planet from ultraviolet radiation from the Sun. In 1978, CFCs were banned.

In 1985, an increasingly enlarging hole was discovered above Antarctica. This prompted world leaders to take action and create the Montreal Protocol to make the ban legal in 1987.

Why the ozone layer is important

The ozone layer is a natural layer of gas in the upper atmosphere. It protects humans and other living things from the harmful ultraviolet (UV) rays of the Sun. Ozone is a vital and rare molecule of three oxygen atoms that exist mainly in the stratosphere.

How did humans destroy the ozone layer?

In 1974, scientists Mario Molina and Sherwood Rowland found that the protective ozone layer was disappearing at a terrifying rate. The cause for this was chlorofluorocarbons (CFCs) emissions. They identified CFCs as a threat to the ozone layer with deadly consequences for all life forms on planet Earth.

CFCs were used in refrigeration and air conditioning units. Big companies had a lot to lose if CFCs were banned. Therefore, they resisted any regulation and initially ignored bans as much as they could.

However, in 1976, the Academy of Sciences published a report solidifying the link between CFCs and the depleted ozone layer. Production of CFCs was globally banned in an effort to stop the damage they had already caused to the ozone layer, to the environment, and life on the planet.

How the ozone layer was destroyed

Humans have contributed to damaging the environment in many ways. For decades, the Chlorofluorocarbons (CFCs) released by aerosols and damaged fridges caused serious and irreparable damage to the ozone layer, leaving the planet vulnerable from UV radiation and other forms of radiation that cause cancer, injure, or kill most living things.

In 1930, Thomas Midgley, an American mechanical engineer, found within three days that dichlorodifluoromethane could be used as a refrigerant gas in residential refrigerators and air conditioners. This was quickly commercially manufactured as Freon-12 by Kinetic Chemicals, where he was the director.

The freon gas is one of the major contributors to ozone depletion and, later on, its production and commercialization was completely banned.

How is the ozone layer getting depleted?

As a result of the Montreal Protocol, the Ozone Layer is slowly recovering. In 2018, NASA scientists provided direct proof that the ozone layer is slowly healing. More than 99 percent of ozone-depleting substances have been phased out.

From the discovery of the ozone hole to recovery: Is it getting smaller?

UN Secretary-General António Guterres has noted that the global efforts have saved millions of people from skin cancer and cataracts each year. Also, the global economy will save $2 trillion US dollars by 2050.

Global efforts to protect the ozone layer and fight climate change received a boost with the ratification and coming into force of the Kigali Amendment.

Hydrofluorocarbons (HFCs) which have been used as replacements for CFCs and many ozone-depleting substances threaten to derail the gains of the Montreal Protocol. However, these gases will be now phased down under the Kigali Amendment.

HFC and HCFC gases replacements for CFCs used in air conditioners, refrigerators, plastic foam, and other applications are up to 2,000 times more potent than CO2 as a global warming gas contributing to climate change.

What would happen if we lost the ozone layer?

Any non-compliant with the Montreal Protocol can have significant consequences for all life on the planet. Climate change is a big uncertainty in ozone layer recovery.

Countries that are most affected by the biggest hole in the ozone layer?

The ozone hole over Antarctica is more pronounced on the South American side of the frozen continent. In 1985, researchers found that over half of the ozone layer over the South Pole had been destroyed in just a decade.

Because the polar vortex traps ozone depleted air over the Antarctic in spring every year, when this breaks up the ozone-depleted air then moves to nearby countries.

Consequently, countries that are affected by the hole in the ozone layer the most include Argentina, Chile, South Africa, New Zealand, and Australia. The largest ozone hole ever observed in the Antarctic was reported by NASA in September 2000.

Scientists believe the North Pole begins to see more frequent polar stratospheric clouds in the future then this would cause severe ozone depletion over Alaska, Canada, and parts of northern Europe.

Data collected in New Zealand suggests that people there are subjected to a drop of up to 10 percent in ozone levels after the annual break up of the polar vortex. Researchers also found that its neighbor, Australia, has the highest rate of skin cancer in the world due to the severe lack of ozone in the area.

The 1987 Montreal Protocol on Substances that Deplete the Ozone Layer is an agreement that has considerably reduced the global production, consumption, and emissions of ozone-depleting substances ODSs, the greenhouse gases that contribute to the radiative forcing of climate change.

If the ODS link to stratospheric ozone depletion had not been recognized in 1974, and thereafter followed by a series of regulations, the ODS contribution to radiative forcing most likely would have been much larger and done more damage to humanity and the planet.

Comparatively, the climate protection already achieved by the Montreal Protocol alone is far larger than the reduction target of the first commitment period of the Kyoto Protocol.

Additional climate benefits that are significant could be achieved by actions under the Montreal Protocol by managing the emissions of substitute fluorocarbon gases and/or implementing alternative gases with lower global warming potentials.

The Montreal Protocol has already successfully removed 11 gigatonnes of CO2 equivalent. This is the emissions of 55 million cars over the next 30 years.

How many countries signed the Montreal Protocol?

In 1987, more than 30 countries agreed on banning the production of CFCs and signed the Montreal Protocol.

Today, all 197 members of the United Nations have signed the Montreal protocol. This makes it the very first international treaty to achieve such union toward the goal of protecting the Ozone Layer and life on the planet.

How to protect the ozone layer

Research helped scientists discover the effects of ozone depleting chemicals in Earth's atmosphere and led to public policy changes to protect and eventually restore it.

Because the Montreal Protocol is now ratified by 197 countries it is believed to have averted the collapse of the ozone layer by the middle of the 21st century. The parties meet annually on September 16 to adjust the protocol in response to new scientific information.

Delegates agree that the objective of the Protocol is to protect human health and the environment from the harmful effects of a damaged ozone layer.

Anyone can help protect the Ozone Layer

The only way to heal the ozone hole is to stop releasing CFCs and other ozone-depleting gases into the atmosphere. The restrictions of the Montreal Protocol, its revisions every year on September 16, and its extensions are helping to do this. However, anyone can do something little toward the bigger goal. The benefits are for everyone.