Commercial space flight may not just be a dream anymore!

Thanks to the rapid advancements in the field of Aerospace technology, commercial space travel no longer seems like a shot in the dark. Governments throughout the world have been known to limit space programs due to budget constraints historically. 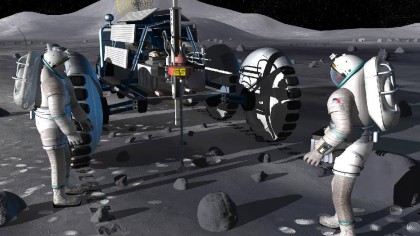 Mining in Space: What It Means for the Economy?

However, for the past two decades, several adventurous billionaires have started investing in space tourism. Private space flight travel can definitely be called as an emerging industry, and it plays an integral role in the way we see the universe today.

In less than ten years, space travel on a commercial scale has been converted from a mere dream to a viable alternative for space exploration funded by the government.

The current administration of every country needs to determine exactly how to manage all the priorities within a specified budget. Therefore, public funding is not guaranteed when it comes to space programs.

Commercializing the concept of space travel also invites a significant amount of competition. This presents many new opportunities for funding and new enthusiasm to spark innovation from the private sector.

Government space programs like NASA can also let go of some of their burdens, and private companies are paid to bring people or things into space.

There have been several advancements in Aerospace technology lately such as robotics, communication and propulsion methods. In addition to that, several new solutions have come up such as the autonomous technology of rocket tracking which makes it possible for scientists and researchers to launch a space flight at a much shorter notice.

Astronauts have traditionally undergone a substantial amount of training to prepare themselves for all the mental and physical challenges presented by space travel. That said, spacecraft today are so automated that anyone who is wealthy and healthy can easily travel to space.

The Current Status of the Space Industry Globally

With the commercialization of the space industry, there has been a record investment of more than 3.9 billion dollars that were made by as many as 120 venture capitalist firms into some private space companies in the last year.

This industry is no longer restricted to Russia or the United States but has expanded to other countries as well including China, Japan, New Zealand, India, and French Guinea.

More and more firms, governments as well as amateur enthusiasts are taking an interest in spacecraft launches.

SpaceX’s Falcon Heavy Rocket was one of the many examples of progress in this sector. Additionally, Japan also announced Minerva-II-1 which was its autonomous Rover. Hence, last year did see some incredible advancement in commercial space flight.

What Are the Challenges as Well As The Opportunities That Commercial Space Exploration Presents?

Some of the biggest challenges that space exploration brings are hurdles such as scarcity of information about space, gravity, distance and most importantly, its inhospitable environment. In addition to that, firms also need to ensure that the items of utility reach space so that people can use them.

This requires them to think of sustainable ways of manufacturing these products on Earth and sending them to space. To tackle this challenge, companies like Made in Space see this as an opportunity to manufacture these devices in space itself.

Some of the things like spare parts, medical devices and tools can be created in space when the demand arises. This gives them the flexibility to manage inventory.

Moreover, some products can be manufactured better in space.

There is still a lot to think, consider and research when it comes to producing things in space itself. However, it is still a significant step forward to see that there are already companies thinking about such possibilities.

When it comes to producing goods in space, one of the most crucial questions that pop up is that of acquiring materials for manufacturing. In this regard, space can offer abundant resources.

For example, asteroids offer metals for manufacturing, helium-3 which is a rare element on earth can be found on the moon’s crust and much more. In fact, bringing back isotopes to the earth might help in eliminating the dependence on fossil fuels permanently.

These are some speculations and possibilities considered by researchers and companies. But we still don’t have a concrete answer as to how the economics of commercial space flight would work.

After SpaceX, there are also other big companies including Amazon that are planning to contribute toward making space tourism a reality. With these two big giants already in the game, there are big hopes that commercial space flight would soon be a reality.

With private companies entering this sector, the scope for innovation has increased immensely. Hence, the future might make us a multi-planetary species.

One of the biggest transitions has come in the form of a private sector-driven approach which was earlier restricted to government-centric programs only. This also marks the beginning of a highly competitive environment making it fast-paced and driven by innovations.

Thanks to the entry of new investors, this sector will see great advancements in not just commercial space travel but also resource mining in space, faster travel and much more.

The future of commercial space flight definitely seems promising, thanks to the entry of big commercial giants and several other huge investors.

This would not just improve or bring about possibilities of making space travel easy, but also help in improving research of the universe, resource mining as well as bringing other insightful information to the forefront.

Despite the challenges posed by space tourism, it is crystal clear that in the future, commercial space flight will be a big thing and it can definitely be the ticket to us knowing more about the outer space.