What Makes a Great Petroleum Engineer? Qualifications, Salary, and What’s New in the Field

Who are petroleum engineers? For starters, they are in-charge of fueling the world literally.

Petroleum engineers are professionals who specialize in creating, designing and developing various methods of oil and gas extraction from the reservoirs beneath the ground. They also focus on exploration and estimation of extractable oil from new reservoirs. Petroleum engineers have made oil extraction easy, cost-effective and lessened its harmful impact on the environment.

What is Petroleum Engineering?

Petroleum engineering is one of the two main subsurface disciplines in the oil and gas industry.

It is a field of engineering concerned with activities in the hydrocarbons (oil and natural gas) sector.

All the vertical and horizontal sectors of petroleum industry from drilling to processing and transportation are part of this field. Petroleum engineering focuses on the recovery of oil and gas from a reservoir.

Petroleum engineers collaborate with geologists to develop and apply cost-effective methods of recovery. They are also concerned with drilling, reservoir engineering, economics and petroleum production engineering.

The Inception of the New Domain

The history of petroleum engineering can be traced back to 1890’s California. Earlier, it was geologists who worked to keep water zones excluded from oil-producing zones.

This led to the deployment of new technologies to oil field development and eventually American Institute of Mining and Metallurgical Engineers (AIME) established a Technical Committee on Petroleum in 1914.

Courses related to petroleum and related fields were introduced in college education in 1898 at Stanford University. In 1915, the first generation of petroleum engineers graduated from University of Pittsburgh.

Until 1920’s the field was focused on drilling problems and improving mechanical operations. The rapid expansion in consumption could not keep up with the production, so the engineers improved the design of the wells and studied various methods of production.

One of the famous designs on this period is the oil pump which is a celebrated scene in any oil production region.

The modern-day prospect of petroleum engineering looks more prosperous than ever before. With new technologies developed in deepwater oils rigs, true offshore drilling began in the 1950s.

The first deepwater oil rigs opened its taps in the Gulf of Mexico. The advancements in digital seismology also reshaped the industry.

Now petroleum engineering is more than just drill optimization. The engineers are responsible for designing, developing and operations of whole oil fields.

They are the go-to person on sites. Most of the time, petroleum engineers work in labs doing research but, they also have to leave for the site in moments of notice and sometimes for months, if the site is an offshore oil rig.

These are the following roles of a Petroleum Engineer:

Completion Engineer: They decide the optimal way to construct a well so it is operational for a long duration.

Drilling Engineer: They determine the best drilling practice to be used and take into account many factors which may affect the results. They also make sure that the drill is safely working.

Production Engineer: They take over after the well is completed and oversee the production. If there is a failure in the well, the production engineers fix it.

Reservoir Engineer: They have an important duty of estimation of recoverable hydrocarbons from the reservoir. They also study the reservoir’s characteristics to suggest the best method of extraction.

Petroleum engineering is a lucrative field. As the demand and cost of oil increases, there will be an increase in jobs. The qualifications required to be a petroleum engineer are:

- A degree in Petroleum Engineering offered by a recognized Institute

- An additional Major in Geology (preferred, not mandatory)

In May 2012, the median annual salary for petroleum engineers in the top five industries employing the engineers was as follows:

The Society of Petroleum Engineers also reports that the median base pay among its members in 2012 varied by type of petroleum engineer:

The median salary for a Petroleum Engineer was estimated $128,230 per year in May 2016. This median is not holistic as the whole field and some subfields have different pay, which heavily depends on work experience.

The US Department of Labor reports that there will be an increase in demand for petroleum engineers. As new technologies and strategies improve to exploit huge unconventional sources such as shale and tar sands.

Integrated and interdisciplinary teams of geologists, economists and petroleum engineers will work together to cater for the demands.

The future of petroleum engineering lies in the hands of new technologies like fracking and satellite GPS surveying. There is a forecast of new jobs being created every day and more than 5000 engineers will be required to fulfill the need in the next 10 years in the US alone.

As newer and better computers come along, the petroleum industry also benefits from them for data analysis. The computers are also used to create behavior models of reservoirs to automation of oilfields.

As of today, all of the oil and gas industry is speaking about one particular technology which is fracking. Fracking is the process of using pressurized water in the wells to crack the oil reservoir and release oil from the well.

By using fracking, previously unrecoverable sources are recoverable. This technique has been developed before but it has only been feasible now.

It has sparked many controversies also. People are protesting to ban because of the huge amounts of water it requires and possible pollution of the water table. 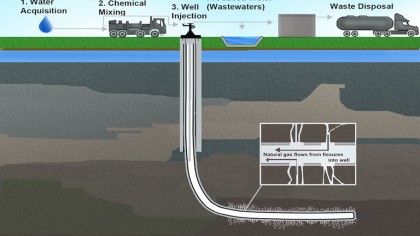 Mitigating the Risks of Hydraulic Fracking

Engineers are working on an alternative to developing fracking with less water consumption and hazards.

Another major breakthrough is the Electrolytic Treatment of Wastewater. As water is involved in one or more steps. The petroleum engineers are also working on water treatment as well.

The new technology utilizes the properties of water to its advantage for water treatment.

Some Famous Personalities of Petroleum Industry

Linda Cook is an alumnus of the University of Kansas majoring in petroleum engineering. She joined Shell in 1980 and became the CEO of the company in a short period of time. She stepped down as CEO in 2004.

He is the inventor along with Floyd Farris who invented the fracking method that the whole industry is talking about.

He is the inventor of fracking who devised it in 1947 at Kansas oilfields. He was a petroleum engineer for his entire career and has been inventing many great solutions in the petroleum Industry.

John E. Bethancourt has been an Independent Director of Devon Energy Corporation since January 27, 2014.

He served as the Executive Vice President of Technology and services of Chevron Corporation. He completed his studies at Texas A&M University.

Michel Halbouty was an American Petroleum Engineer who is credited with the discovery of more than 50 oil fields. He has authored hundreds of articles on petroleum geology and has 2 books on histories of famous oil fields.

He graduated from Texas A&M University with a dual degree in geology and Petroleum Engineering.