Scientists conduct the "most realistic ocean warming experiment to date" by using heated panels to warm a thin layer of water by 1°C or 2°C above the ambient temperature.

Scientists have reported on their observations of warming a natural sea bed in Antarctica by 1° or 2° that shows clearly just what the effects of future warmings may be. The study which has been called by researchers the "most realistic ocean warming experiment to date" was published in Current Biology on August 31.

Gail Ashton of the British Antarctic Survey and Smithsonian Environmental Research Center says of the results, “I was quite surprised. I wasn't expecting a significant observable difference in communities warmed by just 1°C in the Antarctic. I have spent most of my career working in temperate climates where communities experience much greater temperature fluctuations and wasn't expecting such a response to just 1°C of change."

Predicting how ecosystems will respond to possible climate change in the future provides a host of challenges. It is difficult to replicate the exact conditions of climate change as the heating is expected to happen very slowly over a long period of time. However, this latest experiment could be the closest to mimicking the expected conditions.

Ashton and her team set up the experiment to observe what happened if they warmed up the area around the Rothera Research Station. The scientists used heated panels to warm a thin layer of water by 1°C or 2°C above the ambient temperature. This range of global temperature rise is expected within the next century.

Some winners, lots of losers

The researchers found that with a 1°C increase in temperature, the overall species diversity reduced. They observed that a single pioneer species of bryozoan (Fenestrulina rugula) flourished and then dominated the community, suffocating other populations. A species of marine worm, Romanchella perrieri, also grew to an average size 70 percent larger than those under ambient conditions, while under the warm conditions.

Under the rise of 2°C the results were much more varied. Growth increase differed according to species, ages, and seasons. Some increases were observed during the warm, in line with summer growth spurts, but when temperatures remained higher than average under the test conditions into March its impact on the biodiversity was clearly observed. In short, the researchers think the impacts of warming on the Antarctic will be far greater than originally anticipated. 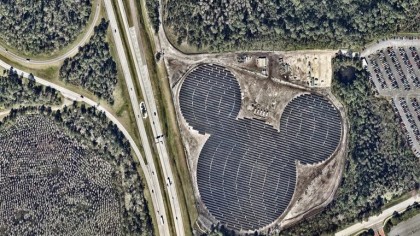 Research will be replicated around the globe

There will be a clear division among species who can adapt and survive and who will perish. Species that die under the warming may do so because of the temperature rise, but may also become extinct due to more dominant species' excessive growth and colonization of previously shared habitat. On the back of the success of this warming method and observations, scientists will expand the research to other parts of the globe, including undertaking a similar experiment in the Arctic.

Here's what happens when you run an automobile engine on grease

Ectopic pregnancy: What happens when a fertilized egg implants outside the womb