Choosing the right oil during an oil change is very important. Although this might sound daunting to most, its actually a pretty simple thing to get right.

By Christopher McFadden
May 04, 2018
Dvortygirl/Wikimedia Commons

We all spend a small fortune on our cars and so it's very important, and cheaper in the long run, to take good care of the car's engine over its lifetime. Apart from regular servicing, another important factor is choosing the right oil during an oil change. 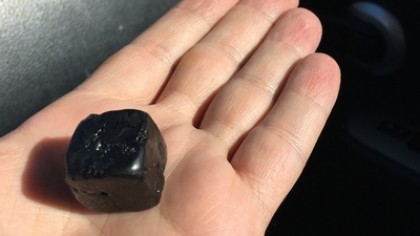 As oil is, effectively, the lifeblood of the engine you should take great care to use only the recommended product for your metallic pride and joy. Neglecting this fact will cost you in the long run as your engine prematurely starts to fail or, dare we say, fail spectacularly.

With that in mind choosing the right oil during an oil change might seem a daunting task. Rest assured it's not that difficult to get right so don't panic. Regularly using the wrong oil, however, could prove fatal for your beloved car

Engine Oil: What is it for?

Engine oil performs various important tasks within your car's engine. Afterall, why else would you need to use it in the first place?

- It prevents/reduces friction by acting as a lubricant,

- It acts as a heat pump by channeling heat away from the combustion cycle. This is actually a natural consequence of acting as a lubricant and is really important for most engines especially turbo-engines for example,

- It acts as a magnet for combustion byproducts, and;

So, as you can see, choosing the right oil during an oil change is pretty important.

What should you look for in an engine oil?

When choosing a new engine oil you should look for the following.

The API Donut is Important In America

You should look for an API donut on any oil you choose to purchase. This will consist of a rating for Petrol cars, starting with an S, and Diesel engines starting with a C.

These letters are followed by a corresponding letter depending on the oils age and standards it meets.

- Gasoline engines - SG was introduced in 1989 but SN + is the current standard. Any rating prior to SJ is generally considered obsolete.

- Diesel engines - CD was introduced in 1955 with CI4 introduced in 2002 to meet 2004 standards. Anything older than CH4 should be considered obsolete.

ACEA is the European Equivalent of API

Like the API in the U.S., Europe uses the ACEA standard which is a bit more in-depth. Any ACEA codes starting with A are for petrol engines, B for diesel and C catalyst compatible petrol and diesel engines.

There is also an E category for heavy-duty diesel engines.

In general, you should be looking for A3/B3, A5/B5 or C3 oils for better quality, stay in grade performance oils. But always consult your car's user manual.

Oils you'll find on the shelves today are generally what are termed Multigrade. These were developed about 50 years ago to dispense with the old need to change between thinner and thicker oils in the winter and summer.

This means oils now fall between two viscosity grades, using written as something like 10W-40 etc. The W component of the code refers to the winter, or thinner, the viscosity of the oil - the W stands for winter by the way.

The lower the W viscosity the better the oil performs in colder temperatures.

The other number only component, 40 in this case, refers to the oil's performance at 100 degrees centigrade. Again the lower this number the thinner the oil and vice versa.

What are the symptoms of using the wrong oil?

As we've seen engine oil performs various important tasks so putting the wrong oil in your engine during an oil change could spell disaster.

These are some common symptoms of using the wrong oil.

You might find that when changing between regular and synthetic oil, even with the same viscosity ratios, during an oil change you start to get oil leaks. This is because synthetic oil has a different flow characteristic to regular and can 'leak out' of smaller spaces than regular oil.

Using the wrong motor oil viscosity, especially if thicker than recommended, will directly affect your car's mileage. This is because critical moving parts, like pistons, move less freely.

This adds a load onto the engine and subsequently reduces the car's overall fuel efficiency.

Older car engines could become noticeably noisier when switching between regular and synthetic oil. This is because, like oil leaks, the difference in flow characteristics means synthetic oil slips through gaps more easily than regular oil.

This could mean that the oil 'slips' through engine clearances more easily when compared to older regular oil.

In most cases, if your oil change results in a lower cold or winter viscosity than recommended being used, you may find your car won't start in the morning in very cold climates.

This is, of course, incredibly inconvenient and potentially life-threatening in an emergency.

You should try to choose an oil with the lowest cold rating possible and with the narrowest span of viscosity for expected temperatures.

Whenever in doubt consult your car user manual.

5. You Might Start Burning Oil and Damaging Your Engine

If, during the oil change, too high a 'hot' viscosity is used it can result in some issues. For instance, once you've started the car the oil will begin to lose its cohesive strength and will not be able to lubricate as intended.

This will initially result in oil being burnt and, if repeated over many oil changes, could lead to long-term damage to engine components through damage from friction, for example.

Should I choose Synthetic or regular oil?

You should use synthetic oil if you car manual instructs you to do so but otherwise, it won't matter too much. Any oil used should be multi-grade, however.

But it is worth noting that synthetic oil is generally considered to perform better than its conventional alternative. This is because synthetic oil is refined, distilled, purified and also broken down into basic molecules.

It is also worth noting that most oils around are actually blended, not just purely synthetic or regular.

This process removes impurities from the source crude oil but also enables manufacturers to tailor molecules to the specific demands of engines.

Synthetic oil also lets you extend your inter-oil change mileages from around 3-5K (5-8K km) to 7-10K miles (11-16 K km), as an average. But this, of course, depends on the car brand and engine type - some cars demand synthetic oil right from the get-go.

As rule of thumb with oil types:

- Regular oil is cheap but needs to be changed more

- Blends or semi-synthetics are a compromise between the two.

Should You Choose Brand X or Brand Y?

Which brand of oil you use is irrelevant in most cases. The only thing you need to concern yourself with is the viscosity rating e.g. 10W30 versus 5W20.

You should also look for third-party seals of approval like those from the American Petroleum Institute, API or ACEA in Europe. This will tell you whether the oil meets minimum standards.

Always consult your owners manual for which to choose. If you use the wrong oil over a long period of time it will affect engine performance and could shorten the lifespan of your engine.

More expensive brands will have additives in them to justify higher price tags but so long as the cheaper option meets the requirements of your engine, and user manual, it is fine to use.

What if you mix synthetic and regular oil?

This is a quick one. If you mix regular and synthetic oil, it will have absolutely no effect on your engine, unless of course, the viscosities are off.

You will, however, not benefit in any way from doing so.

Can you use Diesel engine oils in petrol engines?

Are oils rated for diesel engines compatible with petrol engines? The answer is not that simple. Although modern engine oils are formulated to for use in both types of engines, you must check that the correct diesel spec. matches that of the petrol counterpart.

Diesel engines have higher compression ratios than petrol engines and, therefore, get a lot hotter. Diesel engine oil contains detergents to deal with the higher amount of combustion byproducts compared to gasoline engines. Diesel engines also tend to contain anti-foaming agents that are generally unique to the engine.

So given that diesel engine oils tend to have higher SAE ratings and contain more additives (anti-foaming agents and detergents), it is not always advisable to put that oil in a petrol engine, that doesn't need these additives. But, as always, consult your user manual.

Teach Your Kids to Code with These Educational and Fun Toys