What You Need to Know About Sugar and Cancer

We all know too much sugar is bad for our health, but how does sugar in-take relate to cancer?

We've been told since childhood that too much sugar is bad for you — it leads to diabetes, obesity and a host of other health problems. A recently released study has added a new potential sugar problem — cancer. What does sugar have to do with cancer and do we need to start changing our diets dramatically to prevent further damage or is the threat not as severe as it seems?

In the 1920s, a biochemist in Germany named Otto Warburg found that cancer cells, when exposed to oxygen, will consume glucose and produce lactic acid at a higher rate than comparable healthy cells. It's a similar process to what happens in the muscles while you're exercising — the buildup of lactic acid is why your muscles are sore afterward. Warburg theorized that this consumption of glucose enabled the cancer cells to grow at an accelerated rate.

The behavior was there, but researchers were unable to explain how it worked, and whether it was a symptom of cancer or the cause of the disease. While this cell behavior gets it name from Warburg's, it wasn't proven or clarified until a study released in 2017.

Nine Years In The Making

A collaboration between scientists at three European colleges may have discovered the true connection between sugar and cancer. Researchers spent the last nine years studying the Warburg effect in cancer cells to determine if an overabundance of sugars in the body encourages cancer cells to grow at an accelerated rate.

These proteins can be used to simulate the growth of cancer cells as well. While this isn't enough to identify the cause of the Warburg Effect definitely, it is a step in the right direction.

Nearly all the cells in your body use glucose as a food source — it creates the energy that enables your various cells to continue to function. That same glucose is what allows cancer cells to grow and thrive as well. So, the logical course of action would be to either lower the overall amount of glucose in the body or find a way to prevent the cancer cells from using the glucose present. 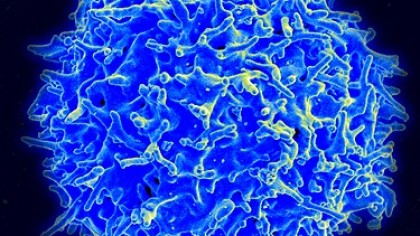 The first treatment option is not possible because of the body's reliance on glucose. You can reduce sugar in your diet, but you cannot cut your body's fuel source without possibly experiencing other health problems.  Since there is no way as of yet to starve out the cancer cells without doing the same to the rest of the body's cells, this is not currently a viable treatment option.

Starving cancer might prove to be a useful treatment in the future if researchers can figure out how to isolate the cancer cells from the rest of the body. Depending on the method used to separate the cancer cells, this could be a treatment option that's much less harsh treatment than other therapies used currently. Current options, such as chemotherapy and radiation therapy, are very hard on the body, including the patient's immune system. If we can treat cancer by starving out the cancer cells, these harsh treatments may become unnecessary. It also means that cancers that don't typically respond to these treatments, and patients who have other health concerns that prevent them from being candidates for chemo or radiation, would have a higher survival rate.

What Does That Mean For Me?

Even if you don't have cancer or other serious health problems, you should be taking steps to reduce the amount of sugar in your diet — which is not as easy as it sounds. Research has found that sugar can create the same reward signals in the brain that addictive drugs produce, making it difficult to stop eating sugars.  Your body can become addicted to sugar, which makes it hard to reduce your intake.

Take the time to make small diet changes to start reducing your sugar intake. Work on one change at a time — it's infinitely easier to make incremental changes that stick than to try to go cold turkey and up-end your diet.

If you find making these changes difficult, try stepping down your sugar intake gradually. Switch from soda to flavored seltzer water and slowly reduce the amount of sugar or sweetener that you put in your coffee or tea. Stay away from artificial sweeteners though — they don't contain sugar but they may trick your body into not associating sweet flavors with calories. This could make you more likely to crave sweets and choose sweet food over healthier alternatives.

While we don't need to eliminate sugar from our diets completely, this discovery concerning the Warburg Effect is concerning. Nearly everyone could benefit from reducing their processed sugar intake, though, so making small diet or lifestyle changes to that end could be more beneficial in the long run than we previously thought.

The Warburg effect needs to be researched more in depth until we can say for sure whether sugar causes or worsens cancer. Hopefully, these discoveries will open the door to more research and enable us to find out once and for all how sugar affects cancer cells before, during and after treatment. Cancer, in general, is a field that requires more study — we need a better understanding of what causes the disease to appear, though researchers have identified risk factors, like the BCRA1 and BCRA2 genes for breast cancer, in recent years.

We may not have a cure for cancer in our lifetimes, but research like this is paving the way to eventually finding one. Once we understand how cancer works, we'll have a better idea of how to beat it.