Artificial Intelligence and Machine Learning are not as complicated as you think. In fact, you are exposed to these tools on a daily basis.

Throughout 2018, you have probably consistently heard and seen these buzzwords thrown around in conversation, in the comments of social media posts, from Youtube, or as think pieces from writers.

Artificial Intelligence and Machine Learning seem to be on the tip of everyone’s tongue and for good reason too.

Researchers have made tremendous headway in the field of AI and this progress has already influenced your daily lives whether it is for novelty or for practical reasons.

Though this article will break it down in further detail, in short, AI is any technology that showcases anything that resembles human intelligence. Think of any of your favorite sci-fi films.

However, ML or Machine Learning is a subset of AI that uses mathematical models from data to make decisions.

The Rise of The Machines: A Brief History of AI

Before diving any deeper into the world of machine learning and artificial intelligence, one should look at the brief history of the subjects.

There has been a fascination with AI that goes all the way back to the Greeks, with them describing mechanical people who could walk and think like men.

However, the first stop on the historic timeline for Artificial Intelligence is the Second World War. 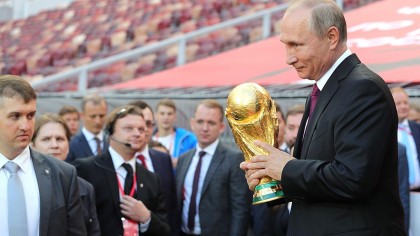 To decipher the code, Turing created the Bombe machine. This machine was “intelligent” and able to learn an eventually crack the code.

Turing’s machine has laid the foundations of what ML and AI are today. Over the decades to follow, researchers were eager to push the boundaries of computer intelligence for the military and for scientific research.

From the creation of the AI programming language, LISP, in the 60s to the eventual creation of IBM’s Deep Blue in the 90s, all of these events have laid the framework for the AI you know today.

So, what exactly is machine learning? For starters, ML is not as far away as you think.

Tools you use everyday incorporate ML to create better experiences for you. Google even uses your data to optimize advertising. Even your beloved Netflix uses ML to make recommendations of what you should watch.

ML learns from large amounts of data to make predictions. “Machine learning algorithms are widely employed and are encountered daily."

"Examples are automatic recommendations when buying a product or voice recognition software that adapts to your voice,” says researchers from the University of Maastricht.

How Does Machine Learning Work?

Without getting overly complicated, neural networks are where a computer would learn for thousands of hours to identify a person or animal in an image or even learn how to translate a language.

Nevertheless, much of this process requires a human touch i.e, a programmer to do most of the heavy lifting. ML is basically using large sets of data, hours of training to make predictions on probable outcomes.

When Machine Learning “comes to life” and moves beyond simple programming and can reflect and interact with people, even on the most basic level, this is where AI comes into play.

You probably get confused by the terms Machine Learning and Artificial Intelligence because they are used interchangeably.

AI is the step beyond ML, yet AI needs ML to reflect and optimize decisions. AI uses what it has gained from ML to simulated intelligence, the same way a human is constantly observing their surrounding environment and making intelligent decisions.

AI leads to intelligence or wisdom and the end goal is to simulate natural intelligence to solve complex problems across the world.

The coming AI revolution could tackle some of the world’s most difficult challenges.

The Levels of AI

Devices with ANI already exists: you can find them in video games and in financial markets. Even more so, a lot of today’s infrastructure is very dependent on ANI.

However, AGI is AI that can think as well as humans to make decisions and even do daily tasks. Though there is a lot of research headed towards this level of AI, society is still decades away from this feat.

The final level, ASI, is what most researchers both fear and aspire to for society. Once AI reaches AGI, there is a chance that these intelligent computers will build on each other to become super intelligent, surpassing any human in intelligence.

Both Artificial Intelligence and Machine Learning will be imperative to the coming society. You are far more reliant on these tools than you think.

Understanding both Machine Learning and Artificial Intelligence will be crucial to understanding the rapidly changing world and some of the devices that you use every day.