What's the Real Size of Every Country Compared to the Other?

Since the Earth is round, flat maps are inherently flawed and distorted. This means that the common map we are used to displays certain countries larger or smaller than they actually are. Countries closer to the poles are shown as larger, and countries near the equator are distorted as well. While many may understand this principle, it also means most of us have a distorted view of how big certain countries are. Like the fact that Great Britain is about the same size as New Zealand. Or the other point that Japan is equivalent to the entire length of the US east coast. Check out the video below to see all of the other size distortions you may not know about.

The most surprising aspect of this entire video is just how shocking some of the comparisons are. For example, Russia is by far the biggest land mass on the Mercator-style map, but when it is scaled correctly and placed over Africa, the size of the country is dwarfed. Short of having a globe in the room, the only way to know exactly how big a country is in comparison to another is through comparing land area. You can also use the website called The True Size, which will allow you to compare map-projected countries to their actual size. 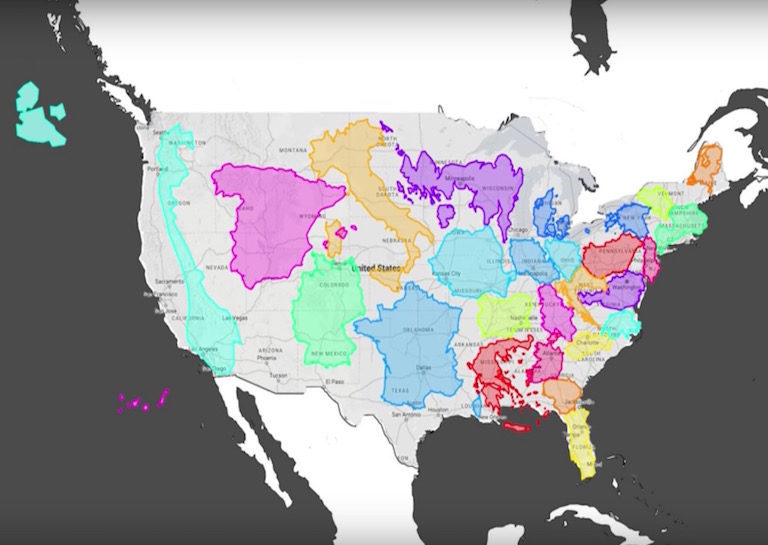