A 49-year-old father can dance and vacation again after participating in a risky stem cell treatment for his Multiple Sclerosis.

After years of being confined to a wheelchair, Roy Palmer is now a walking man. The 49-year-old from Gloucester, England suffered from multiple sclerosis for over a decade. 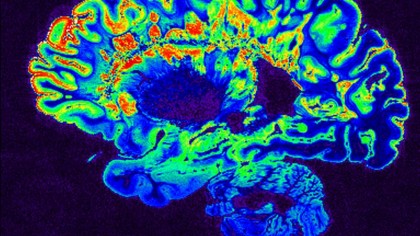 When he heard about a radical stem cell treatment, he decided it was worth the risk. He underwent a hematopoietic stem cell transplant (HSCT) after seeing it explained on a BBC program called "Panorama".

"If they can have that done, on a trial, why can't I have it done?" Palmer said in an interview with CBS News.

HSCT works by using a patient's own stem cells, destroying the immune system beforehand with radiation or chemotherapy, and then transplanting the hematopoietic stem cells back into the body.

However, the National Multiple Sclerosis Society still lists the treatment as risky and still in experimental stages. HSCT has also yet to be approved by the Food and Drug Administration. Currently, long-term side effects associated with HSCT include infections and infertility among both genders.

Palmer decided the risks were worth pursuing treatment.

"I've been given a second chance at life and I started volunteering at my local police station," Palmer told the press. "We went on holiday not so long ago to Turkey and I walked on the beach. Little things like that, people do not realize what it means to me."

Finding a cure for multiple sclerosis

Multiple sclerosis cripples millions of patients around the world. Also known as MS, the disease tricks the body into attacking the protective coverings of nerves. This leads to extensive damage between the spinal cord and the brain. Oftentimes, patients' mobility degrades from walking to vision loss, paralysis, and reduced brain functions.

What makes MS particularly tricky is that a treatment or cure hasn't been discovered yet. As the Mayo Clinic points out, "treatment typically focuses on speeding recovery from attacks, slowing the progression of the disease and managing MS symptoms. Some people have such mild symptoms that no treatment is necessary."

Currently, MS symptoms are treated with corticosteroids like an oral prednisone or with plasma exchanges if the steroids aren't effective. There are also a slew of treatments for MS patients relapsing or suffering from new MS-related issues.

The potential of HSCT

HSCT first made headlines in 2015 when a team from Chicago's Northwestern Memorial Hospital successfully performed the first HSCT for an MS patient. The success of that treatment brought a new hope into the search for a cure to multiple sclerosis.

In addition to being a life-saving treatment, HSCT could also be cost-saving. Most estimates put HSCT treatments at $125,000. The average, FDA-approved drug for treating MS costs $5,000 per month. Most multiple sclerosis patients have to be treated with one or more of those drugs.

However, even the researchers from Northwestern Memorial Hospital advise MS patients that HSCT isn't for everyone.

“If you’re doing well on first-line therapies, interferons or Copaxone, good, that’s where you should stay,” explained Dr. Richard Burt. In 2015, Burt worked as Chief of the Division of Medicine-Immunotherapy and Autoimmune Diseases at Northwestern University’s Feinberg School of Medicine.

“But if you’re having frequent relapses, two or more a year despite those therapies … I think that’s the group that, rather than going to Tysabri or Fingolimod, should be given this therapy because it’s so much more beneficial. Plus, if you wait until you’ve had all those other [DMTs] then you increase the risk of this treatment.”

Palmer, on the other hand, has nothing but gratitude for the procedure. "It might not be a cure for my MS, but this stem cell transplant has changed my life. I’m now able to walk unaided again. It can still be very painful, so I’m continuing to have physiotherapy to strengthen my legs. Some of the exercises are really hard but I’m hoping it improves," he wrote in an August 2018 opinion piece raising money for the Imperial Healthy Charity’s Blood Fund.