In the heart of Hamburg, Germany sits one of the most structurally interesting concert halls in the world - the Elbphilharmonie. Many consider it to be the most acoustically advanced space ever built. In a city that celebrates composers like Johannes Brahms and Gustav Mahler, it's only fitting that Hamburg should boast such an innovative concert hall. So how did it get so impressive? 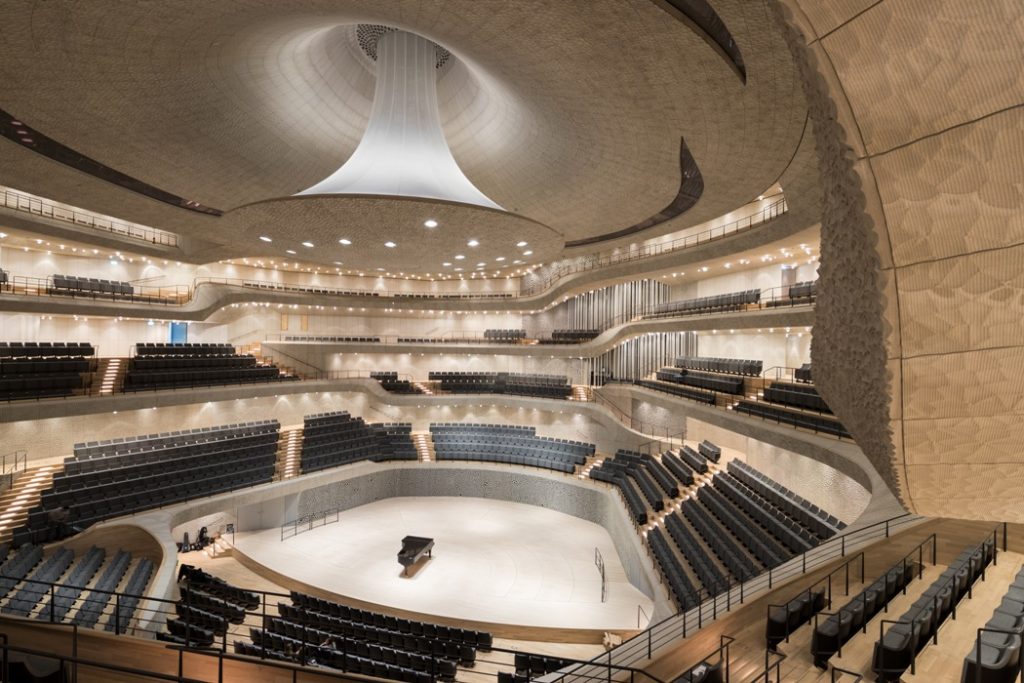 The newly opened hall's grandest gem is its auditorium. It was designed parametrically with algorithms helping construct the incredible fiber panels along the auditorium's walls. Parametric design has been used in the design of plenty of objects. However, the Elbphilharmonie used algorithms to individually craft each of the 10,000 fiber panels.

"Every panel has a function," explained Benjamin Koren in an interview with Wired. Koren founded One to One, the design studio that crafted each panel. The company doesn't shy away from difficult or unique projects. One to One also worked on the Philharmonie de Paris.

The panels themselves contain tiny shell-like divots. These impressive cells help shape the sound as it bounces throughout the auditorium. According to Koren, no two panels absorb and reflect sound in the same way, but all 10,000 pieces together craft an incredible reverb throughout. The finished product comes from a 13-year labor of love. One to One collaborated with Swiss architecture firm Herzog & de Meuron. 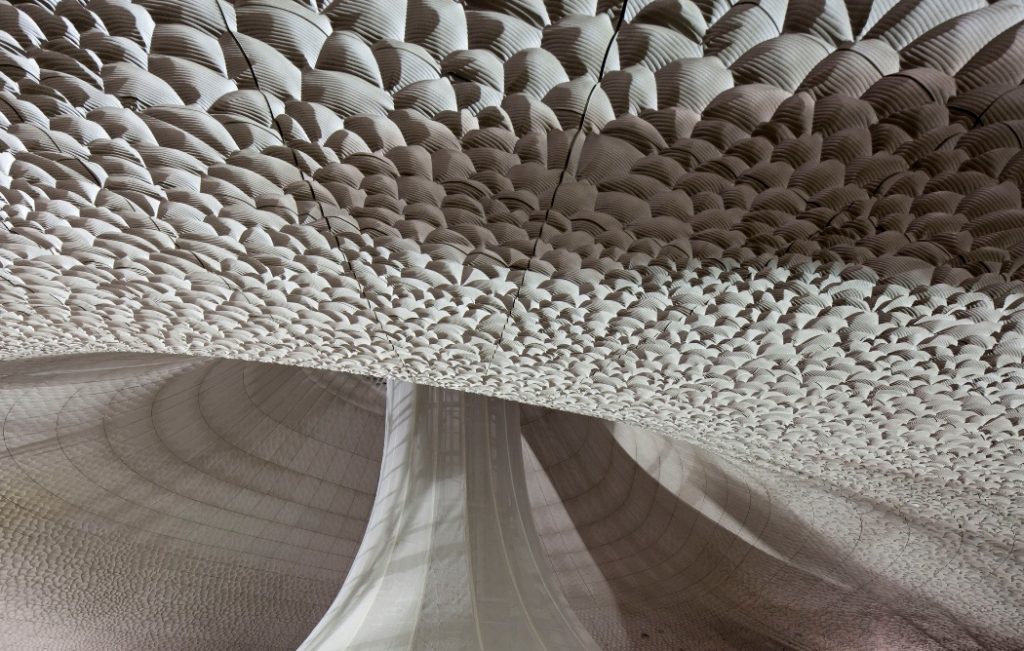 Koren noted he couldn't do the project without Yasuhisa Toyota. Toyota served as chief acoustician on several major projects, including the Walt Disney Hall and the Kauffman Center for the Performing Arts. Toyota crafted the optimal sound map for the auditorium's proposed layout. From there, Koren and his team developed an algorithm using Toyota's layout and the architects' visual preferences.

"That’s the power of parametric design," he said. "Once all of that is in place, I hit play and it creates a million cells, all different and all based on these parameters. I have 100 percent control over setting up the algorithm, and then I have no more control."

Another impressive feature of the hall is that no seat of the hall's 2,100 seats is further than 30 meters from the conductor. This visual deepens the richness of the hall's incredible acoustics, providing an immersive experience.

The Elphi, as it has been nicknamed, stands as the tallest inhabited building in Hamburg at 108 meters (354 ft). According to Herzog & de Meuron, the building's facade should be attractive and inviting to the public:

"Too often a new cultural center appears to cater to the privileged few. In order to make the new Philharmonic a genuinely public attraction, it is imperative to provide not only attractive architecture but also an attractive mix of urban uses." 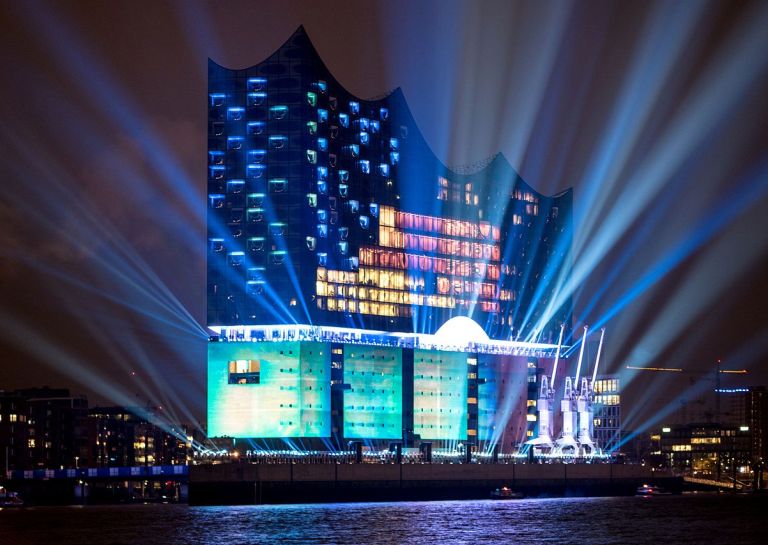 However, the exterior serves as a simple reminder of the Elbphilarmonie's purpose. For the concert hall, the goal is to become a central figure for diversity in the arts.

"Spectacular architecture, musical diversity, openness and accessibility to all - the Elbphilharmonie unites all the multifaceted aspects Hamburg has to offer and helps broaden the view through Hamburg as a gateway to the world, as the city has prided itself on doing for generations," the group said in a statement.

Can't afford a plane ticket to Hamburg? Don't worry. The Elbphilharmonie will livestream concerts for the public. Want a taste now? You can watch some of the opening concert below: