When Will We be Flying Around in Air Taxis?

While this may seem like some far off future projection, a few companies actually have prototype designs ready.

Bell announced at CES 2019 that they’ve teamed up with Uber to create bring flying taxis to life. This all falls into part of Uber’s Elevate initiative that wants to scale out the flying taxi business into the mainstream.

While this may seem like some far off future projection, the team actually has a prototype design.

They unveiled a 6,000 lb vertical takeoff and landing (VTOL) aircraft that looks like a scaled up drone. It will be called the Bell Nexus and is estimated to be able to seat 5 people comfortably.

The way that the flying taxi system will work is through a series of “skyports” around major cities. These “ports” will be the drop-off and pickup locations for the sky taxi service.

This functionality will likely mean sky taxi services will have logistics closer to that of tram and subway networks than roadworthy taxis.

Bell plans to have the machines available to public consumers by 2023 and are set on bringing this concept into our modern reality.

Bell stresses that these vehicles aren’t toys, they’ll be essentially helicopters carrying people from place to place in dense urban areas. One key thing to note is that Bell plans to make the vehicles fully electric, providing a green solution to what would otherwise be a pollution-heavy transportation solution if actual helicopters were used.

Bell and Uber have teamed up to facilitate the project because uber can provide end users while bell can provide the manufacturing innovation – but they’re not alone.

Rolls-Royce has plans to develop a high-speed electric taxi that can carry 5 people as well. They project that the VTOL vehicle will be able to fly at 250 mph for 500 miles. These are intense claims, though they are just claims. 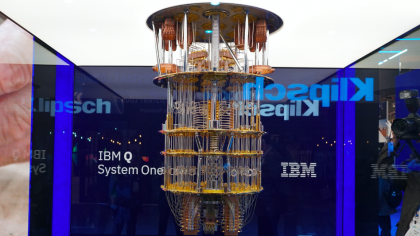 After the announcements from Bell and Uber on their flying taxi programs, we’re left will what is still a long way to go.

While 2023 isn’t that far off, in that 5 years, there will be a plethora of regulatory and logistical issues to be overcome.

Will the world be ready for electric sky taxis in just 5 years? We’ll have to wait and see.

This Video Explores When the COVID-19 Pandemic Will End