Where does your Body Dump Heat While Exercising?

A seemingly a simple innocent question at first will almost certainly baffle you. In fact, we recommend right now you write down your prediction and wait to be amazed. Where does your body dump heat while exercising?

Thunderf00t, an engineer with a curious mind purchased a thermal camera to find out. In the experiment, he set up his newly purchased thermal camera to capture the heat dissipation during and after 20 minutes of exercise.  Remarkably, none of his viewers correctly predicted what happened.

During the first few minutes of experiment, Thunderf00t's body is quite easily seen through the thermal imaging. With a few hot patches here and there, with a cool patch residing where a cushion of hibernation material has accumulated (his belly)- nonetheless, nothing is out of the ordinary. Next ensued the experiment which revealed the surprising truth.

Following his body dumping much of its heat, his arms then began to glow brightly through his veins indicating his body was utilizing his extremities to dissipate the heat. Despite the counter-intuitive result, the science behind the mechanism makes sense. Firstly, as he begins to exercise he does, in fact, heat up. However, using evaporative cooling, his sweat dissipated the heat incredibly quickly to the point the thermal camera could not detect it. Next, as the heat continued to accumulate within the muscles, the blood which flowed through captured the excess heat and carried it out towards the arms where is was then used to evaporate the sweat and continue the cooling cycle.

The result, however, is not a new phenomenon. It came as an evolutionary advantage that gave humans a leading edge over any other predator on land- that is the human ability for long endurance. To achieve long distances, it is imperative that the body remains at 37 degrees Celsius- just a two-degree difference could become fatal. Using the arms to dissipate the heats in this case then makes sense since there is a constant flow of air that rushes around them during exercise. Also, it is the ideal location since the heat can be directed upwards where it will not be accumulated again by the body which would likely happen if the legs exhibited the same property.

This cooling mechanism is one that is used in an opposite manner to treat hypothermic patients. When humans enter the critical zone of two degrees below normal operating temperatures, internal organs begin to quickly shut down as heat is directed towards the vitals (brain, heart). Using the arms superb ability to control heat, the quickest way to warm a patient from the inside out is to heat the arms which then provide the warm blood back inside the body. The bodies mechanisms are a perfectly functioning machine that withholds some of the most impressive engineering in the world, able to keep us cool, even when the pressure is on. 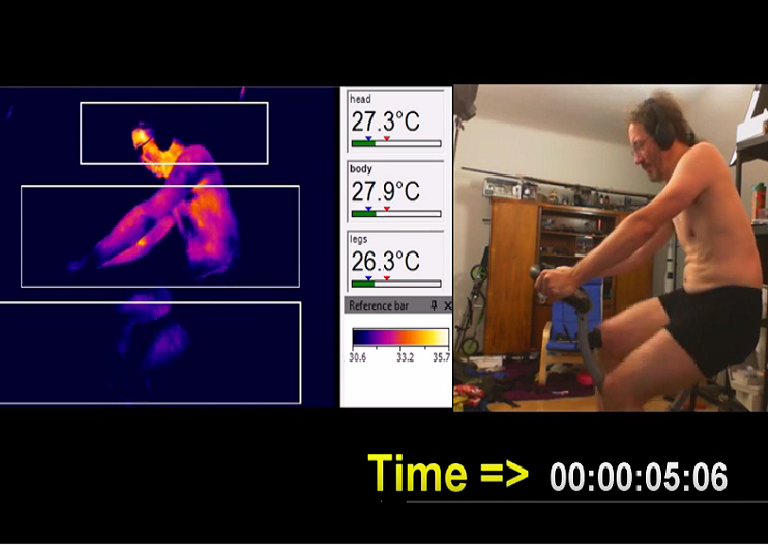