Which is Better: A Roundabout or a 4-Way Stop?

The USA and the UK have very different techniques of managing intersections, but which one is faster or more efficient?

When it comes to driving, the USA differs from the UK not only on the side of the road they drive on. One of the other major differences is the way intersections are handled. The UK uses the roundabout, whereas pretty much everywhere in America uses the 4-way stop. To the other, each sounds completely absurd, but which one is more efficient at moving traffic, and by how much? As it turns out, the best way to figure this out is to set up equivalent tests of each and see how many cars can make it through each intersection. 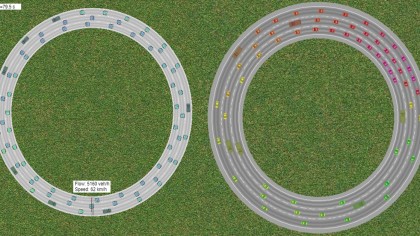 Now You can Create Your Own Traffic Jams in this Simulator

Traffic and transportation design has a lot to do with the adoption of each intersection system. The USA adopted the 4-way stop because engineers believed it to be much safer than a roundabout intersection. However, at what cost to efficiency does the four-way stop's safety increase cost Americans? If you have ever used a 4-way stop, you know that confusion abounds between drivers who arrived at the same time, making the method even slower.

Even with these apparent inefficiencies, which intersection is faster is still a looming question. To end the debate once and for all, the Mythbusters set out to test each one. Check it out here.

Going into the test, one could probably assume that the roundabout would be faster, but the question is, by how much? As it turns out, roundabouts are more than 20% more efficient than 4-way stops. So, maybe it's time the USA got on board with the UK.

Bullets vs. Arrows: Which One Penetrates Sandbags?