Whiskey-powered cars eh? Tell me more. Celtic Renewables have developed a method of producing a biofuel from the by-products of whiskey making. Yes, waste products, not actual whiskey. For most readers this is probably a great relief, why waste good whiskey? The first test drive for future whiskey-powered cars has even been completed. Scotland may soon see a new industrial crop up delivering large quantities of the biofuel biobutanol.

These waste products include barley kernels (Draff) and Pot Ale. The latter, if you weren't aware, is a yeasty liquid left over from fermentation. This biofuel could become a sustainable replacement for use in petrol and diesel engines. Some car engines are even capable of using the fuel without the need for conversion. 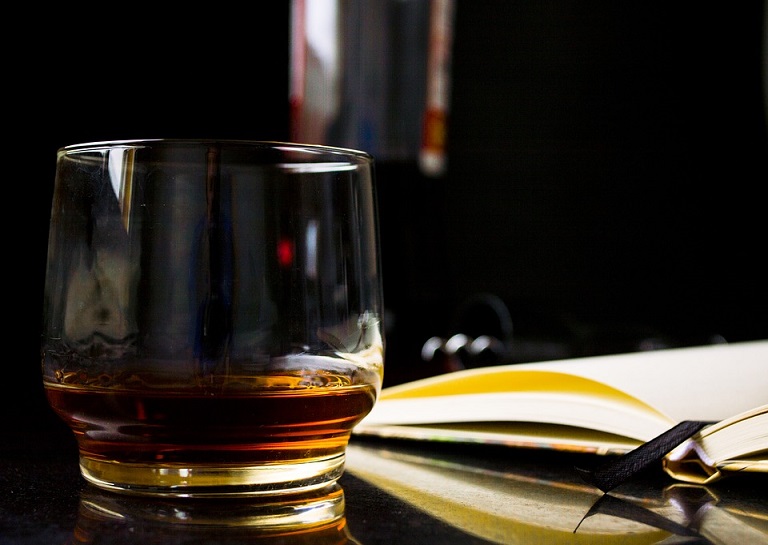 The molecule is a long four-carbon hydrocarbon chain, which makes it nonpolar. Given its production from the fermentation process, ethanol production facilities, like breweries or distilleries, are perfect potential sources for the raw materials.

It is believed that biobutanol could help reduce carbon emissions by as much as 85%, compared to gasoline. This would make it a wonderful, and sustainable, alternative to the more polluting combustion of gasoline and gasoline-ethanol blends.

Biobutanol is primarily derived from the fermentation of sugars found in biomass like organic feedstocks. Fermenting this kind of biomass is the most common method of making this potential replacement for gasoline.

Ethanol, acetone, and butanol are the main by-products of this process.

Clostridium acetobutylicum, a type of bacteria, is generally used in the Acetone Butanol Ethanol (ABE) process. Unfortunately, when alcohol levels exceed 2% these little critters get poisoned.

You can also use Ralstonia eutropha H16 to make butanol. This process uses electricity and carbon dioxide within an electro-bioreactor. Photosynthetic algae or diatoms could even be employed to help the process.

Petrol prices are renowned for their volatility but they have been generally rising over the years. The production of low-cost alternative fuels is certainly appealing. Low yield rates do hamper the potential uptake of this fuel to replace gasoline altogether, at the moment. Bio-engineering could also be used to manipulate the metabolic networks within bacteria. Other hopes include transferring genetic information to other unicellular species to attempt to increase yields and production rates in the future.

Celtic Renewables has patented the process that uses the by-products of whiskey production as the raw material for their butanol production. They have been researching this for over two years. Professor Martin Tangney, the company President, also happens to be a world expert on biobutanol production.

What makes their process different is that it uses waste products from another industry rather than consume "fresh" crops grown specifically for it. Celtic Renewables found that whiskey by-products contain a decent amount of unfermented sugars. This provides a great potential for extra energy extraction. Celtic Renewables also use specific bacteria that can convert the sugars xylose, arabinose and glucose to make fuel for whiskey-powered cars.

They used the Acetone, Butanol and Ethanol process, as other producers. This is an entirely anaerobic process and produces the solvents at a ratio of around 3-6-1.

"The process uses a strain of bacteria from the Clostridia Class (Clostridium Family). ABE-producing clostridia possess two distinct characteristic phases in the metabolic pathways. Typically, during acidogenesis, acetic acid and butyric acid are produced with the formation of ATP. During solventogenesis, organic acids are re-assimilated and Acetone, Butanol and Ethanol are produced." - Celtic Renewables. 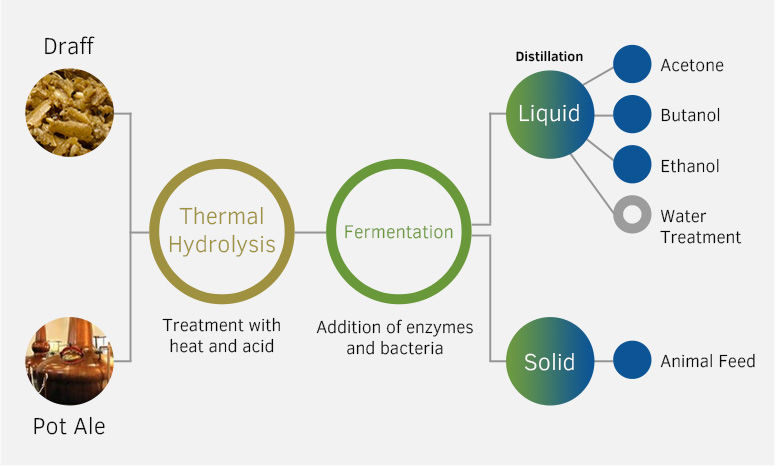 A promising fuel source (and more)

Celtic Renewables explain that whiskey production waste products are generally thrown away. Incredibly, an estimated 750,000 tons of barley kernels and 2 billion liters of Pot Ale are produced every year. Martin Tangney, The President of Celtic Renewables, says that their biofuel is "a direct replacement, here and now, for petrol".

"This is the first time in history that a car has ever been driven with a biofuel produced from whiskey production residues," Tangney added regarding the recent test drive.

Celtic Renewables also anticipate that the effluent from their process could undergo further treatment to make some more goodies. Extra value and energy could also be extracted from waste gases and water. Wow, this really does seem to be a good example of "money for old rope".

Whiskey by-products, as well as Celtic Renewables processes, could also provide additional products for other industries other than giving us whiskey-powered cars. Bio-acetone could be sold to countries like China. They currently import around 800,000 tons annually. It is used extensively as a chemical feedstock and as a solvent. It can also be used to make methyl methacrylate and acrylic plastics like Perspex.

Bioethanol could also be sold to the burgeoning global market with 61 million tons produced annually. Most of this is derived from fermentation of biomass. Ethanol is used, for example, in the chemicals industry as a solvent as well as a building block for chemical synthesis.

Once Draff and Pot Ale have been successfully fermented, the residue can be dried and used as high-grade animal feed. 80% of the protein needed for EU agriculture (mainly animal husbandry) is currently imported from South America. Celtic Renewables hope to muscle in on the competition.

So there you go. What do you think about the potential for whiskey-powered cars? Is it a viable alternative to gasoline? Would you buy and use bioethanol in your car? We welcome your comments as always.