Who Has the Longest Duration of Working Life Across Europe?

When it comes to balancing personal and working life, there is maybe a thing or two we can all learn from countries like Sweden, Iceland, and Norway. From a recently published statistics by Eurostat, the numbers show that these Nordic countries have the longest duration of working life. 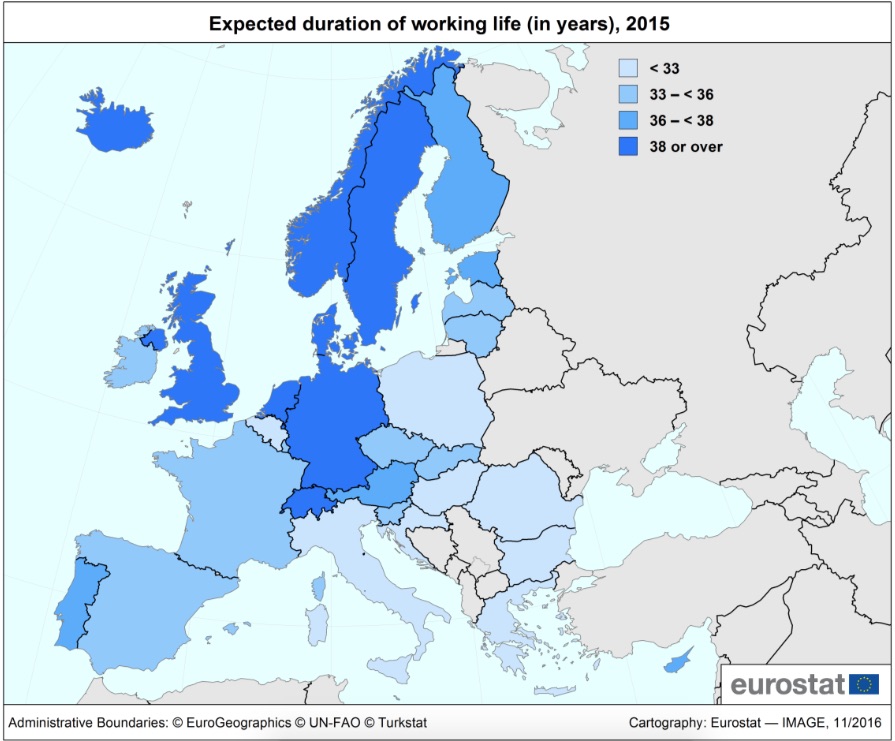 Mediterranean countries are known for their relaxed attitude when it comes to living, and especially in being industrious. This is reflected in the statistics that was published by Eurostat where countries such as Italy (30.7 years) and Greece (32.3 years) were surveyed to work the least amount of years compared to the rest of Europe. Way before Brexit, Brits were surveyed to have a working life of 38.6 years, which is surprisingly a little more than the Germans with exactly 38 years of working life. However, all of these figures are smashed by the Nordic countries with Sweden having the longest working life at 41.2 years, Norway at 39.8 years, and Denmark at 39.2 years. These numbers reveal that the Swedes works 10 more years than the Italians. 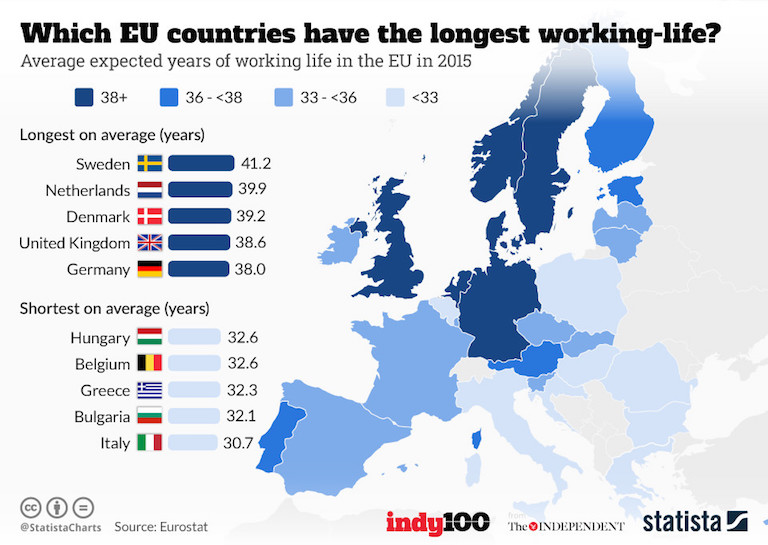 Sweden's longer lasting working life compared to other European countries may be attributed to their flexible work ethic. Last year, a six-hour working time per day were tested by several start-ups in Stockholm to see if this set-up is better than the traditional eight hours. The result shows that employees who participated were less likely to ask for sick leaves and have improved personal life as they can spend more time with family and friends doing non-work related activities. You can read the full report published last year by BBC's business department. The report also revealed that only 1% of Swedish employees put in more than 50 hours of work per week, which is one of the lowest rates in the Organization for Economic Co-operation and Development (OECD) countries, where the average is 13%. 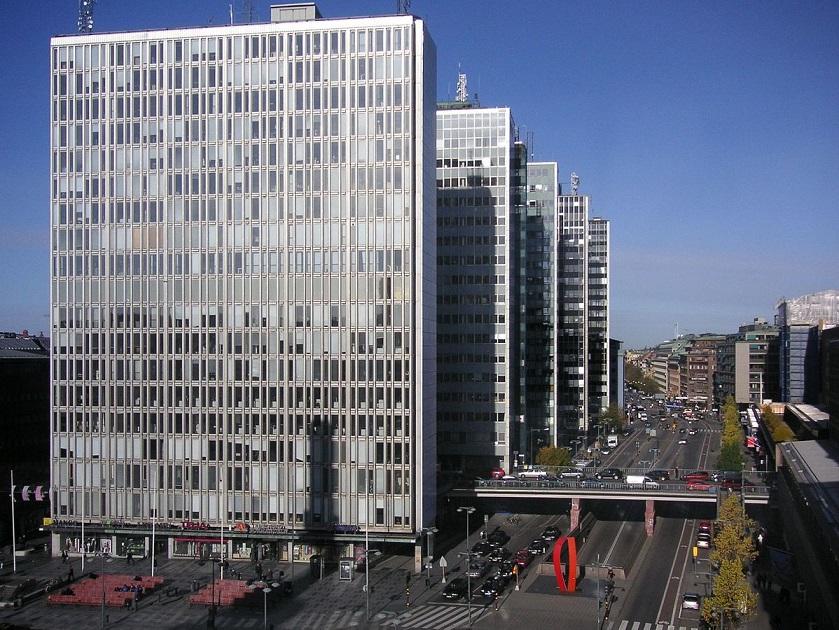 Sweden's industrial law also boasts a generous work leave, with pay, for parents and more than 25 days of vacation per annum. Early finishing hours (typically 4 pm) in most businesses in the city are taken advantage of by most employees by going back to their homes up to the mountains and going for an early evening hike. This work-life balance seems to work well for the Swedes as many employees in the city say they enjoy their work and are productive most of the time. And perhaps Sweden tends to have a longer working life compared to other European countries because they have managed to achieve a good work-life equilibrium. From the 2017 World Happiness Report, Sweden is ranked at 10th place as the happiest country on Earth with Norway at the top 1. These Nordic countries may have found the best formula to keep their working life healthy, which results in a happier and more prosperous life.